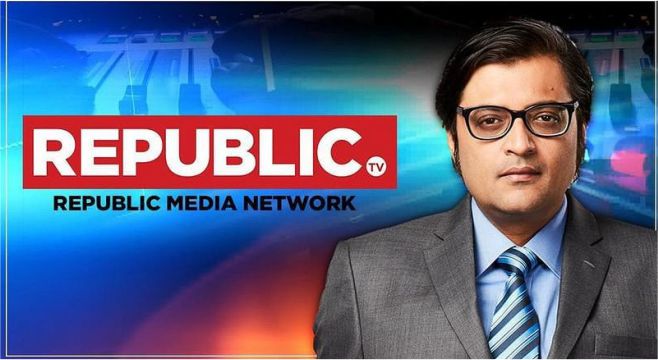 “We are proud to announce R. GLOBAL! India’s largest & most loved news brand R. is now going GLOBAL!  We are rapidly expanding our international base with over 120 journalists from across the globe to deliver world-class content & investigations to our viewers,” Republic’s official Twitter handle tweeted.

It could sound a bit ironical that on a day the Indian Government criticized the micro-blogging website for defying local digital rules and many TV news channels discussed how Twitter was at fault, including Republic, the global platform was used to announce expansion plans.

Pointing out that news was “not hagiography” nor “just a narration of facts” but a “battle for the truth”, Republic Media Network said it was “very proud” to make a series of “growth announcements in India and abroad on broadcast and digital”.

“Arnab is personally committed to the expansion of Indian media in the global market. And R. GLOBAL is the first step in that direction,” one of the tweets said, adding, it would take international reporting base to the “next level”.

The media company, which has often been criticized by old-school journalists, said  it was “proud to report a 600 per cent digital growth and increase in traffic”. “We are elated to announce shifting gears for our next phase of big growth for R. on digital. R. will be India’s Digital Tech Broadcast Media Powerhouse,” it said.

Republic announced mass recruitment of over 100 digital professionals for its tech, product and content streams of a rapidly expanding digital force. “The zippy growth so far is the beginning of the R. Digital story!” it said.

“Republic is proud to announce that we are set to deliver a GAMECHANGER product on-air and online with an all-new look and feel, and an unmatchable content line-up for our viewers,” a tweet stated.

Thanking the viewers for making it one of the most loved brands, Republic tweeted: “We will NOT lower our pitch. We will NOT stop the chase. We will NOT halt the questions. We will NOT compromise. Republic has changed the news. #RepublicIsTheNews.”

To cap it all off, Republic also posted a throwback video, stating: “As R. GLOBAL becomes a reality, watch how R. changed the news and became India’s greatest news brand.”