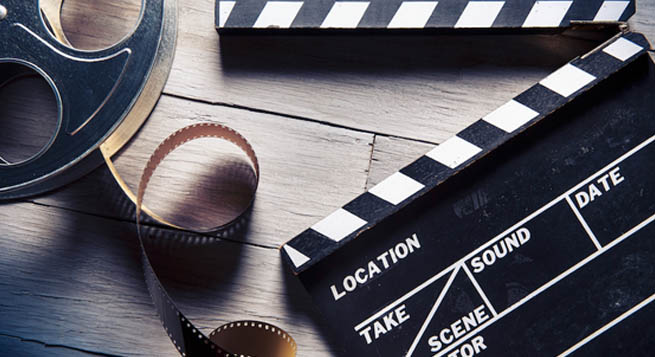 Shootings of TV serials and films began on Wednesday after being allowed by the West Bengal government.

With the cap of not more than 50 people to be present on floor, shooting began in all the four studios in Tollygunje area, including old Technicians Studio and NT One, apart from other shooting floors in Garia, Joka, Kamalgazi area of city, a spokesman of West Bengal Motion Pictures Artists Forum said, PTI said in a news dispatch from Kolkata.

Federation of Cine Technicians and Workers of Eastern India President Swarup Biswas told PTI, “So far 2,300 stakeholders in the industry including artistes and technicians were vaccinated for free at Cinema Centenary Building in Tollygunge area and this makes us feel a bit secure to start shooting…”

Several hundred artistes and others in industry were also vaccinated free by two channels Zee Bangla and Star Jalsha in two phases recently, while the vaccination of cine technicians body will go on for couple of days.

Biswas said all the stakeholders, including artists forum, have agreed that those vaccinated will only be allowed to take part in shoots, while the producers and studio owners have to ensure the sanitising process and see that other Covid protocols are followed diligently before, during and even after shoots.

Shootings of 36 serials, three web series and one film were slated to begin from June 16 onwards, after being stopped since May 16, but the Federation has alleged producers of 20 serials flouted the restrictions to shoot new episodes.

“We have found these 20 serials have violated restrictions with shoots having taken place by assembling a number of people at a place, outside homes in outdoors and in hotels, and using high-end DSLR cameras, set props and prosthetics which cannot be done by two-three people at home even on IPhone. We have sought their views and unless we get the same, we will not cooperate with these 20 serials,” Biswas said.

A spokesman of Welfare Association of Television Producers (WATP) maintained shoots of some of the episodes had taken place abiding by all the restrictions.

The spokesperson argued that “in this age of technology it is not impossible to improve the presentation and look of an episode by working on the footage shot at home. We had to carry on the shooting during the one month period as the artistes and others involved would remain without work otherwise.”

“We had also ensured the technicians of our soaps would get wages for the period even if they did not work on the sets,” the spokesman added.

A spokesperson of SVF, which also owns and runs Hoichoi OTT platform, said, “Shoots of our new productions (serials, web series, films) would begin from July after making sure there is zero chance of COVID-19 contamination during shoots and taking care of every necessary sanitization issue.”

Actor-politician Debasree Roy, who will be facing camera after several years in a TV serial ‘Sarbojaya’, said, “I am ready to shoot whenever asked. Camera has always been my best friend.