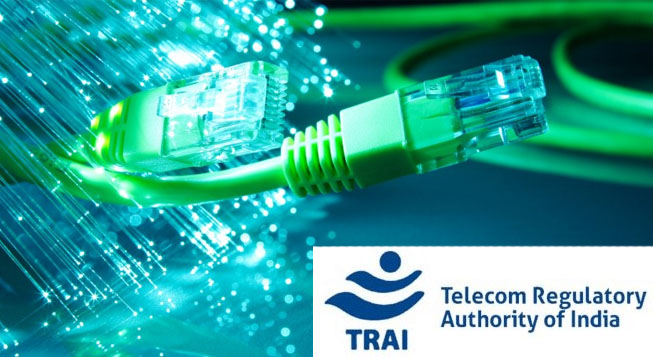 According to figures from 375 operators released by the Telecom Regulatory Authority of India (TRAI), the top five service providers constituted 98.84 pc market share of the total broadband subscribers in December 2020.

Interestingly, BSNL, a telecom operator with more reach and infrastructure than any other private sector telco or broadband service provider, topped the wired broadband segment with 7.70 million customers. 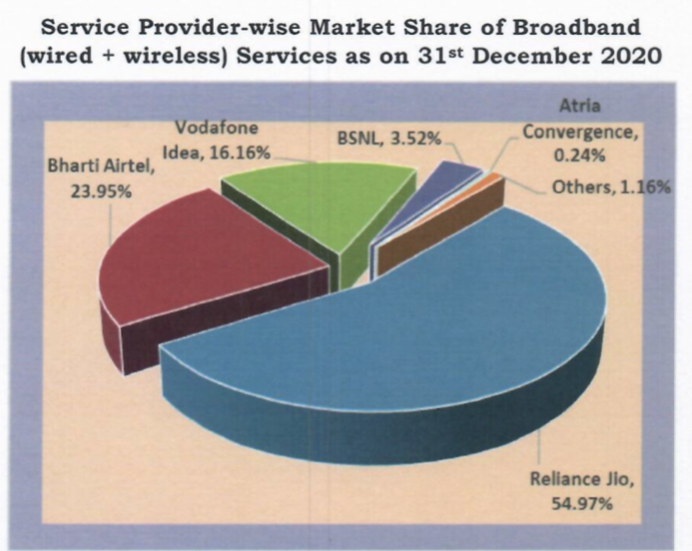 In the wireless broadband segment, however, Reliance Jio Infocom was way ahead of the nearest competition with a subscriber base of 408.77 million. The second spot was taken by Bharti Airtel with 176.19 million subscribers. VodafoneIdea’s share was 120.77 million, BSNL had 18.62 million subs and Tikona Infinet Ltd’s base was 0.31 million, according to TRAI report.

Telecom subscriber base in the country fell marginally to 1,173 million in December 2020 with Vodafone Idea and state-run telecom firms BSNL and MTNL losing the bulk of their customers to