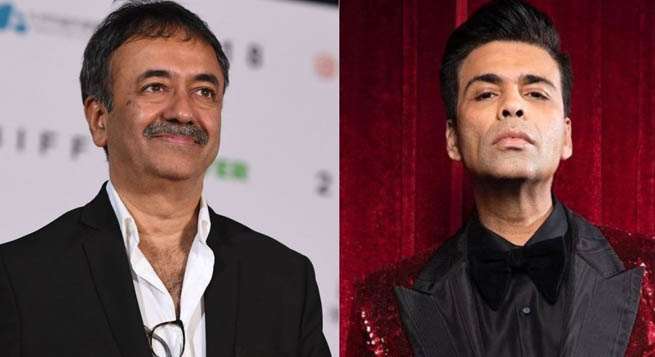 The country is fighting the world’s worst-hit COVID crisis, every citizen is coming forth and doing their bit as the health system is severely under pressure and the frontline workers are heavily overworked. The government also start providing vaccination in different parts of the country.

On the ongoing crises of the COVID-19 pandemic, filmmaker Rajkumar Hirani, Karan Johar, and producer Mahaveer Jain have joined hands together to start a free-of-cost vaccine drive for the workers of the entertainment industry.

The news was shared by the Indian film critic and trade analyst Taran Adarsh on his Twitter handle. He tweeted, “RAJKUMAR HIRANI, KARAN JOHAR, MAHAVEER JAIN INITIATE VACCINATION DRIVE… The #ChangeWithin initiative [#RajkumarHirani, #KaranJohar, #MahaveerJain] along with #ArtofLiving and #Zerodha facilitated a free vaccination drive for members of media and entertainment industry.”

This change is the social interface for the Bollywood industry, which has been doing various social activities across the country from time to time.

They also had initiated a campaign called ‘I stand with humanity’ where the Bollywood industry along with the art of living had collaborated at the outset of the first lockdown in 2020 who had helped more than 25 lakh daily wage earners families with the ration kits and food packets across India.

Recently, it was also reported that the COVID vaccination drive for the cine employees has been started at Yash Raj Films (YRF) studios, which aims to immunize around 4000 employees in the first phase.

According to the ANI, YRF aims to vaccinate 30,000 registered members of the FWICE. Where the company has already vaccinated its employees in an earlier drive which happened in Mumbai.

Besides, YRF Studios, producer Sajid Nadiadwala also held a vaccination drive for over 500 employees and their families of his company Nadiadwala Grandson Entertainment.

Earlier this week, the Producers Guild of India (PGI) also began their vaccination drive for its members and associated production crews.

Indian Motion Picture Producers’ Association (IMPPA) and Screenwriters Association (SWA) have also announced that they also will be organizing the free vaccination drive for their staff members.