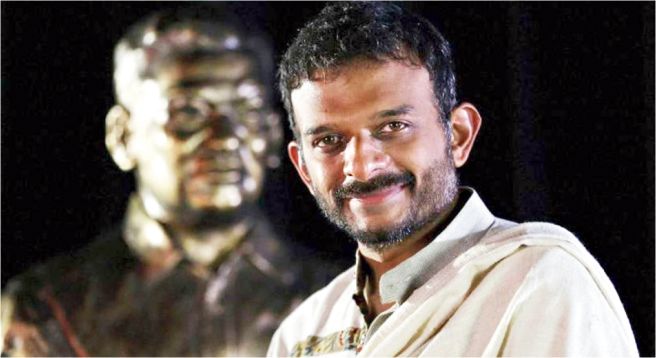 The noted culture and political commentator sought the court to declare the new rules ultra vires of the Constitution and the parent Information Technology Act, as these norms, among other things, imposes a “chilling effect” on free speech and are vague and indeterminate, PTI reported from Chennai.

His petition, which also pleaded for grant of an interim stay on the new rules notified on February 25, 2021 came up before the first bench of Chief Justice Sanjib Banerjee and Justice Senthilkumar Ramamoorthy for hearing on Thursday.

After hearing initial arguments, the bench directed Krishna’s counsel to serve Additional Solicitor General R Sankaranarayanan, a copy of the petition for the Centre to file its counter affidavit.

According to the petitioner, winner of the Ramon Magsaysay award in 2016, the new rules breached equality of law, freedom to speech, expression, practice of any profession and protection of life and personal liberty, contravening fundamental rights guaranteed in the Constitution.

Also, the new rules are ultra vires the IT Act 2000 as well, as no part of that legislation confers power on the Ministry of Information and Broadcasting to regulate digital news media or online content producers, The PTI report said.

Krishna said the new rules offended his right as an artist and cultural commentator by both “imposing a chilling effect on free speech and by impinging on my right to privacy”, and sought to declare the new rules null and void.

For him, privacy, like music itself, is an experience and “when I think of privacy, I think of life, intimacy, experience, discovery, security, happiness, the lack of fear and the freedom to create”.

The Supreme Court’s judgment of 2017 had recognised that the right to privacy was implicit in the guarantee of a right to life and personal liberty under Article 21 of the Constitution.

The apex court had acknowledged the fact that privacy for an artist is a must and there is an artist in every human being. Without privacy it is impossible to create and perform.

The Constitution contains a “commitment to the liberty of imagination. Censorship sans reason offends this commitment. It is in furtherance of my rights to freedom of expression and privacy that I am filing the writ petition”, the petition stated.

The impugned rules are vague and indeterminate, would thwart artists from raising difficult questions against existing aesthetic, gender and caste hierarchies in Carnatic music, and would prevent dissenters who question prevailing cultural mores.

A reading of the Code of Ethics makes it impossible to understand what would be considered by the federal government as acceptable speech in the online world.

Assailing aspects that could restrict speech on “unconstitutional grounds,” the petitioner cited for instance, the government’s Inter Departmental Committee.

This panel would be at liberty to recommend to the central (federal) government that it found a speech to be offensive and ought to be removed, although the Constitution permitted no such restriction.

The case would be heard after four weeks, the bench said. While notifying the rules, the federal government had said these norms, “substantially empower the ordinary users of digital platforms to seek redressal for their grievances and command accountability in case of infringement of their rights.”

The new rules have already been challenged in the High Courts of Delhi, Karnataka and Kerala by various organisations and people.