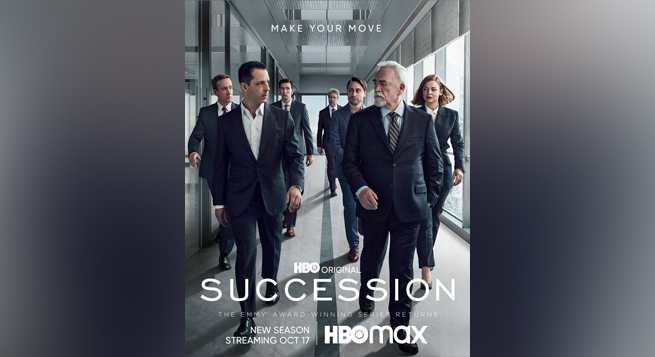 The American premium cable network HBO owned by WarnerMedia on Sunday announced that the third season of popular Emmy-winning drama series Succession, will premiere on October 17 at 9 PM ET/PT, on HBO and will be available to stream on HBO Max, ANI reported.

Created and executive produced by Jesse Armstrong, the third season picks up nine-episode with Logan Roy in a perilous position after being ambushed by his rebellious son Kendall at the end of Season 2, scrambling to secure familial, political, and financial alliances. Tensions rise as a bitter corporate battle threatens to turn into a family civil war.

Jesse Armstrong, who serves as the showrunner, is also the executive producer of the show along with Adam McKay, Frank Rich, Kevin Messick, Jane Tranter, Mark Mylod, Tony Roche, Scott Ferguson, Jon Brown, and Will Ferrell.

The hit series won seven Emmys for its second season, including one for outstanding drama.