Uday-James tango in Seven Islands; SPAC to invest in Asian cos.
SUBSCRIBE 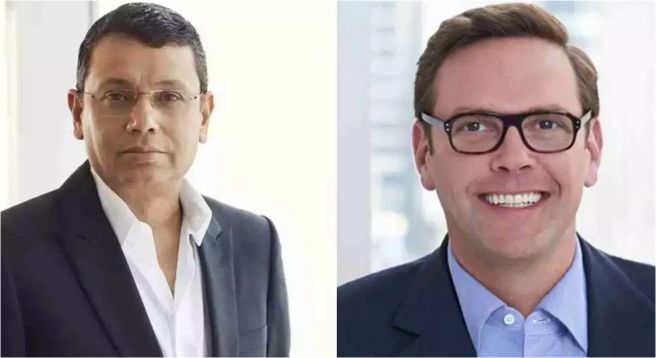 It had long been speculated that you just cannot keep James Murdoch and Uday Shankar out of the Indian media space. Well, the wait is over and is formal.

Well, James Murdoch, former head honcho of Star Networks in Asia and scion of the Murdoch family that controlled the Asian TV network, and Uday Shankar, former Chairman and CEO of Star India and President of Walt Disney Asia Pacific are co-chairman in Seven Islands, a company that has categorised itself as special purpose acquisition company (SPAC) and seeking to raise between USD 300-345 million in  the US stock market.

Seven Islands Inc, according to the prospectus reviewed by Indianbroadcastingworld.com,  is a newly formed blank check company incorporated as a Cayman Islands exempted company, formed for the purpose of effecting a merger, amalgamation, share exchange, asset acquisition, share purchase, reorganization or similar business combination with one or more businesses.

Though the company said it has “not selected any business combination target” as of now, it added: “We intend to capitalize on the extensive experience of our sponsor group and management team to pursue an initial business combination in the media, entertainment, consumer technology, healthcare, and education industries in Southeast and South Asia, with a particular focus on India.”

The sponsors for the SPAC are Seven Islands Capital LLC, which is a subsidiary of Asia Initiatives Pte. Ltd., a joint venture incorporated in Singapore between Lupa Systems LLC and Uday Shankar.

Lupa Systems is a private investment company founded in 2019 by James Murdoch. Since its inception, Lupa has made more than 30 investments in opportunities across the globe, including three investments in the Indo-Pacific region, according to the draft prospectus.

So, what are the acquisition criteria of Seven Islands? According to the filings with the US market regulator SEC the following: