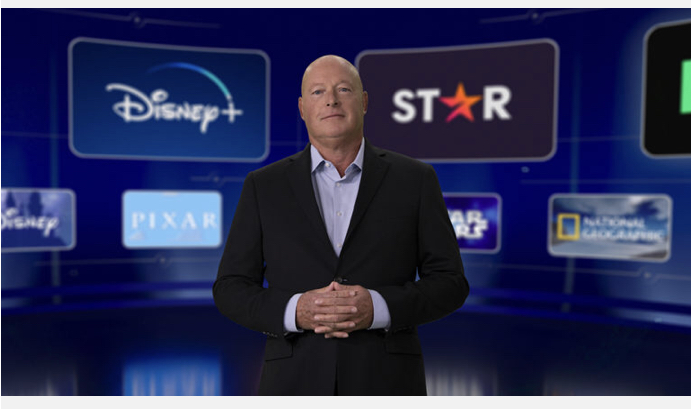 Walt Disney Co. plans to close 100 of its international TV channels this year as it marches toward a future where streaming services such as Disney+ are their focus.

“The great majority of that content will migrate to Disney+,” Chapek said, adding, “That continues to be a core strategy for us as we pivot toward direct-to-consumer.”

The company’s purge of networks last year included the Disney Channel in the UK, part of Chapek’s efforts to streamline and modernize the entertainment giant. This year, the company has added more content for grown-ups to its Disney+ offering in Europe, using the Star brand (bought from Rupert Murdoch in a global deal). Chapek said the majority of Disney+ customers in the region have begun watching the Star programming.

Disney introduced Disney+Hotstar in India last year. That service, which features cricket matches and other local content, now accounts for 30 percent of Disney+’s total subscriber count of 103.6 million globally. In April, meanwhile, Disney announced plans to close a number of its sports networks in Southeast Asia and Hong Kong.

Chapek said that the closures would depend on contracts the company has in individual markets. Profits from some of Disney’s traditional TV networks are helping pay for programming that can run on its streaming services, which include Hulu and ESPN+ in the US, the Bloomberg reports stated.

But consumers are increasingly choosing to watch content online, and Disney wants to stay ahead of the trend, Chapek said.