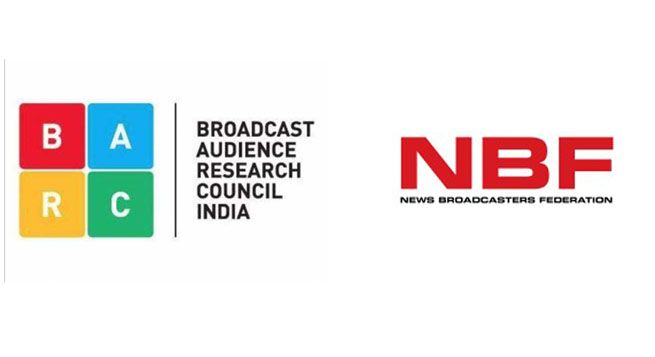 “We, News Broadcasters Federation (NBF), the largest, first and the only government recognised industry body, herein demands BARC to resume release of Audience Measurement Data for the news genre which has been unilaterally withheld for almost a year.

“As the only industry body, representing the business interest and editorial freedom of news TV channels, NBF strongly iterate to be included and consulted on all issues surrounding release of TRP data for news genre,” the NBF letter, reviewed by Indianbroadcastingworld.com, said.

NBF has highlighted several issues relating to stoppage of measurement data relating to news TV channels, saying “there was no legitimate reason or rationale for pause in ratings for one specific genre”.

Pointing out that BARC India has treated differently the news genre vis-à-vis entertainment, NBF has questioned the continuing release of data for GECs, while stopping the same for TV news channels.

“If the process of BARC is faulty and is being reworked, the entertainment and other genres, which contribute 88% continue to get the ratings data. However, (the) news genre, which constitutes only 12%, has been victimized, though the metering boxes and data collection is common for all genres,” the NBF has stated.

The letter addressed to the new BARC India CEO Nakul, Chopra further states: “Argument of BARC on the margin of error being higher for the news genre because of lower sample size compared to that of GECs defies statistical logic, since the sample size for niche genres is far lesser compared to the news category but BARC has not paused the ratings for those niche English channels.”

Lashing out at “vested corporate interests overshadowing industry welfare”, NBF letter accused BARC India board of being partisan and stated: “NBF is cognisant of the fact that a few entities, who chair the board of a so called “Industry body”, are gratifying their self-interest by seeking further pause in ratings, thus putting the larger industry welfare at stake.

“As a matter of fact, out of the 400 news channels in the country, a vast majority are not members of such an industry organisation. Even their member news channels do not subscribe to the idea of pause in ratings.

“It, therefore, seems that the entire purpose of this vested interest group is to block ratings using all the means necessary to protect their own revenue potential against channels, which had gained in viewership in recent times,” the NBF letter states.

NBF has exhorted BARC India that as an industry body, it “should not give into such vested interest”.

NBF has accused BARC India for causing its member-channels “huge financial distress and severe economic loss” by stopping the release of audience data for news channels.

“News broadcasters are losing the trust of the viewers, and the advertisers are increasingly suspicious about the genuine performance of the channels. It is to be noted that news broadcasters generate one of the highest direct as well as indirect employment for both skilled and non-skilled workers.

“BARC’s continued silence on (the) issue of TRP data, for the past one year, is threatening the very survival of over 400 news channels, putting in jeopardy the employment of hundreds of thousands of media professionals and their livelihoods,” NBF has pointed out.

NBF has also demanded that “as the key stakeholder” of the news TV channels, it should be “included in all decisions (making process) of BARC”.

“NBF is the single largest industry body representing the business interest and upholding the media freedom in India. NBF is the first and only officially recognized industry body by the Ministry of Information and Broadcasting, Government of India.

“In view of the above-mentioned facts, we reiterate and strongly urge BARC to include NBF as the key stakeholder in all discussions, deliberations and decision- making process,” NBF has stated, demanding “immediate resumption of ratings of news genre.

There has been no public statement from BARC India yet on the NBF’s accusations and demands.