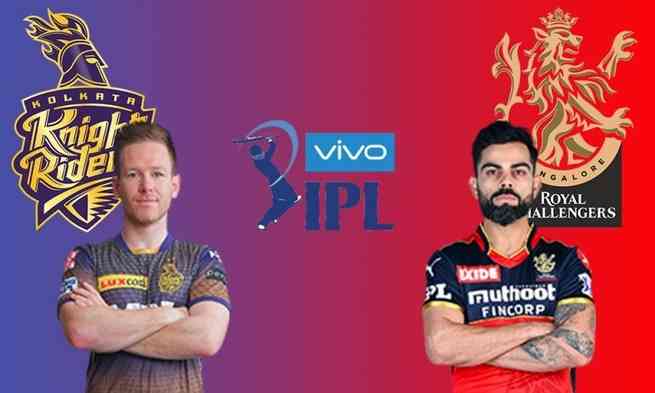 The Indian Premier League (IPL) 2021 run against between Kolkata Knight Riders and Royal Challengers Bangalore on Monday has been rescheduled after 2 players in the KKR team tested positive for COVID-19.

Match 30 of IPL 2021 between KKR and RCB was scheduled to be played at the Narendra Modi Stadium in Ahmedabad this evening but the match will now be played at a later date which is yet to be confirmed by the organizers.

RCB was supposed to wear a specially-made blue jersey for this match to honor the frontline workers fighting day and night against the Covid-19 pandemic in India. But they will have to delay their plans it seems after this latest development.

The entire Kolkata squad, along with the support staff, has gone into isolation in their team hotel. Notably, KKR had suffered a Covid scare even before the tournament began when opener Nitish Rana had contracted the virus.

IPL 2021 is being played in bio-bubbles across 6 cities – Mumbai, Chennai, Delhi, Kolkata, Ahmedabad, and Bengaluru.

From what I know there was no breach of bubble but the player had to go to hospital to get some medical checks done and may have picked up the infection there. Other tests, not covid tests. More awaited.

As per reports, the KKR players who tested positive did not contravention the bubble but had to go to the hospital to get some checks done which is probably when they picked up the virus.

5 players have already left the tournament mid-way into the 14th season as India continues to fight the dangerous second wave of Covid.

The country is dealing with an acute shortage of oxygen, hospital beds, and even vaccines amid the rapid rise in corona cases.