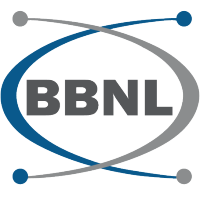 Special purpose vehicle BBNL, an unit of the Communications Ministry, on Tuesday invited bids for Rs 19,041 crore BharatNet project to roll out high-speed broadband services in the rural areas across 16 States.

The Indian government will only provide viability gap funding under the project.

“Bharat Broadband Network Limited (BBNL) has invited global tender for the development (creation, upgradation, operation and maintenance and utilisation) of BharatNet through a public-private partnership model in 9 separate packages across 16 states for a concession period of 30 years,” BBNL said in a statement.

Bharat Broadband Network Limited is a government-owned telecom infrastructure provider, set up by the Department of Telecommunications within the Ministry of Communications.

The existing BharatNet was connecting all the gram panchayats (GPs) of the country by laying OFC (primarily) to connect the village administrations to the local area head offices.

The scope of BharatNet has now been enhanced to connect all inhabited villages, approximately 643,000, of the country.