Guest Column: Zee-Sony merger is a potboiler in the making
SUBSCRIBE 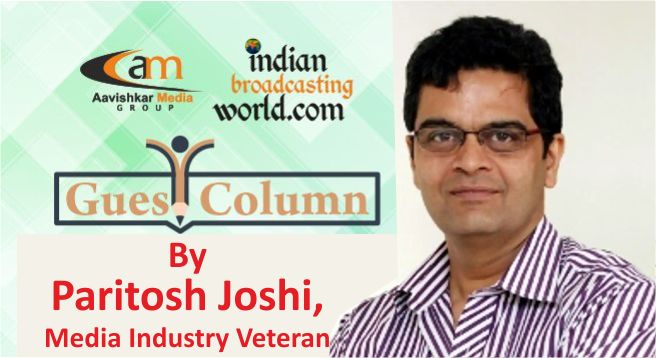 “Takes a licking and it keeps on ticking”. In 1956, and for decades thereafter, this was the tagline that sold millions upon millions of Timex watches. For all time, though, the line is now a proverb.

For the spirit of indefatigability and tirelessness which, at least for people in India’s broadcasting industry, Punit Goenka best exemplifies.

Punit has been leading the charge at Zee Entertainment Enterprises, ZEEL, for 13 years. 2008 was about the most inopportune time to take charge of any business. The gigantic snowball, which we now know as the Global Financial Crisis of 2007-08, had turned financial markets around the world into a bloodbath that had no precedent. India’s GDP growth was in free fall, dropping to barely four percent.

It seems like a horror story even in retrospect but the Sensex had more than halved in value, dropping from 20,325 in January to close the year at 9,647. It is well known that the first line item, which gets struck off from business in such a time, is advertising. Given that India’s media businesses are so heavily ad revenue dependent, Punit’s ascendance into the office was a crown of thorns. The years since have been anything but a joy ride. Every few years his business finds itself embroiled in a maelstrom. And every single time, armed with his inscrutable smile and unassuming demeanour never having left him, he steers it out to calmer waters — a little shaken, a little stirred and a whole lot stronger.

The story that broke Wednesday morning: the exclusive term-sheet executed by Zee and Sony (Pictures Network India); comes close on the heels of an attempt at a boardroom coup to oust Punit Goenka by shareholders of Zee.

Just when you might have begun to wonder about his resilience, he executed, without fanfare, a gambit so bold and sweeping, it instantly became a lead on Varietymagazine.

What does the imminent Zee-Sony merger, more particularly at a time such as this, mean for our entertainment industry?

Cast your mind back to 2008 once more. The catastrophic collapse had to come to an end and it did. The economy, in India and around the world having rolled itself up into a shell, had to emerge. And, it did. In style. Global  — and local— growth more than doubled off its cavernous lows of the previous year. The same advertisers who had fled in panic now came back in droves.

This Zee-Sony deal, when it finally goes through, would be concluded within this financial year. The ‘broadcasting giant’ as Variety describes it, thus created, will have a pan-India footprint and formidable operating units in every corner of the industry.

Its content production arms will inherit a huge library in multiple languages, and a slate of works-in-progress, which will feed all the consumer facing platforms. Its advertising inventory will be indispensable for anyone hoping to market anything on any linear or on-demand platform. Opportunities for everything from live events and native advertising to versioning, franchise and all manner of collaborations will abound for the business.

Above all, the new entity will command two brand platforms that enjoy universal recognition across audiences in India, and a host of international markets. Topped off with the unerring business instincts and personal warmth of its indefatigable leader, Punit Goenka, we are looking at a battle royal for primacy in the entertainment marketplace.

A potboiler is at hand in an industry that loves them!

(The author, Paritosh Joshi, is a media industry veteran, having served in leadership positions at Star India, before the media consultancy bug bit him. He was also part of the technical team that formulated the parameters for BARC India during its conception stage. Paritosh is an avid foodie and has strong opinions on many contemporary issues. The views expressed in this article are his and Indianbroadcastingworld.com is not responsible for them, nor subscribes to them.)