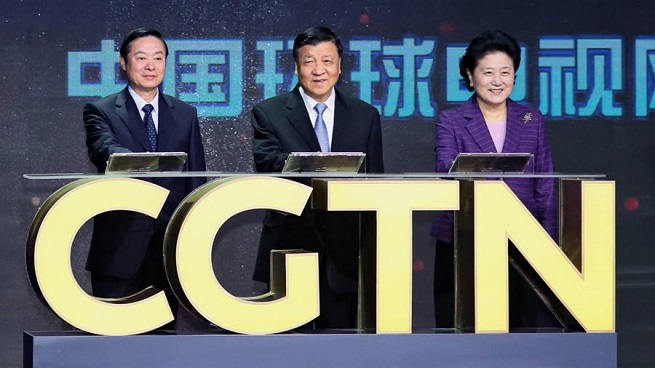 The United Kingdom’s broadcast regulator on February 4 revoked the licence for China’s CGTN to broadcast in the UK after its investigation concluded that the licence is wrongfully held by Star China Media Limited.

In the UK, broadcasting laws made by Parliament state that broadcast licensees must have control over the licensed service, including editorial oversight over the programmes they show. In addition, under these laws, licence holders cannot be controlled by political bodies.

“Our investigations concluded that Star China Media Limited (SCML), the licence-holder for the CGTN service, did not have editorial responsibility for CGTN’s output. As such, SCML does not meet the legal requirement of having control over the licensed service, and so is not a lawful broadcast licensee,” Ofcom said on its website.

“In addition, we have been unable to grant an application to transfer the licence to an entity called China Global Television Network Corporation (CGTNC). This is because crucial information was missing from the application, and because we consider that CGTNC would be disqualified from holding a licence as it is controlled by a body which is ultimately controlled by the Chinese Communist Party. We have given CGTN significant time to come into compliance with the statutory rules. Those efforts have now been exhausted,” the UK regulator explained the reason behind cancelling the broadcast licence.

Following “careful consideration”, taking account of all the facts and the broadcaster’s and audience’s rights to freedom of expression, Ofcom decided it was “appropriate to revoke the licence for CGTN to broadcast in the UK”.

“We expect to conclude separate sanctions proceedings against CGTN for due impartiality and fairness and privacy breaches shortly,” Ofcom said.

Ofcom’s investigation, according to the statement on its official website, found that SCML does not have editorial responsibility for selecting or compiling CGTN’s programme schedule. It was the distributor of the CGTN service in the UK, rather than “the provider” of the service.

“In response to our enquiries, CGTN accepted that SCML did not control the channel and should no longer hold the licence. But it confirmed its intention to restructure to separate the CGTN division from China Central Television (CCTV), which is ultimately controlled by the Chinese Communist Party and so disqualified from holding a UK broadcast licence – and apply to transfer the licence to an entity which did control the channel.

“Given the revocation of a broadcast licence is a significant interference with a broadcaster’s right to freedom of expression, we considered it appropriate to allow CGTN a reasonable period of time to come into compliance,” Ofcom said.