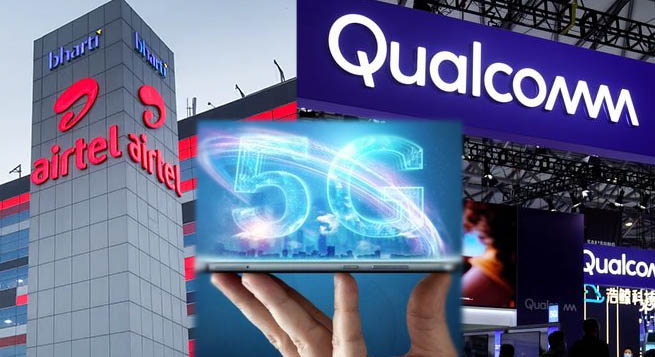 India’s Bharti Airtel said on Tuesday it would collaborate with U.S. chipmaker Qualcomm for 5G services to the world’s second largest wireless market.

The country’s No. 2 telecom operator will use Qualcomm’s Radio Access Network platform, which runs services on the cloud, to roll out 5G networks in the country, it said in a statement to stock exchanges, according to Reuters.

India is yet to auction 5G airwaves, while telecom service providers globally are locked in a race for 5G roll out, whichAirtel-promises internet speeds up to 20 times faster than existing networks.

Meanwhile, Airtel rival Jio has said it has built an in-house 5G solution and is ready to roll out services as soon as airwaves are made available.