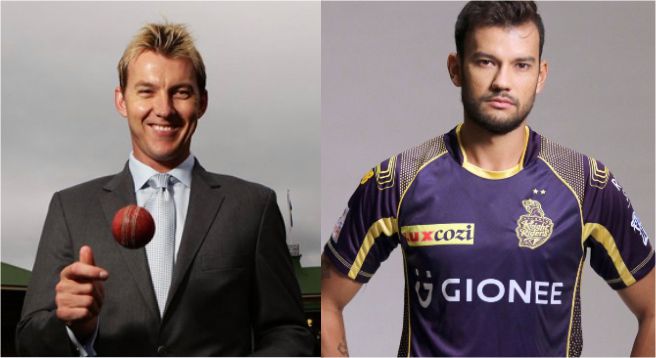 Amidst an ongoing debate whether the IPL cricket should continue as pandemic rages on outside the stadiums, inspired by his countryman Pat Cummins’ gesture, former Australian pacer Brett Lee on Tuesday decided to donate one bitcoin (approximately Rs 40 lakh/Rs. 40, 000,00) to help India in its fight against COVID-19.

“It saddens me deeply to see people suffering due to the ongoing pandemic. I feel privileged to be in a position of making a difference and with that in mind, I’d like to donate 1 BTC (Bitcoin) to Crypto Relief to help with the purchase of oxygen supplies for the hospitals across India,” PTI quoted Lee statement posted on Twitter.

“India has always been like a second home for me. The love and affection that I have got from the people of this country both during my professional career and even after my retirement, holds a special place in my heart,” Lee added, who’s presently in India as part of Star Sports’ commentary team for the ongoing IPL cricket.

On Tuesday evening, one bitcoin was trading at over Rs 40 lakh.

Bitcoin is not considered legal tender in India but that has not stopped Lee, one of the fastest bowlers to have played the game, from lending a helping hand.

Meanwhile, his fellow Australian Cummins on Monday won lots of hearts when he announced a $50,000 donation towards the PM CARES Fund for oxygen supplies in India’s hospitals ravaged by a deadly second wave of the pandemic, the PTI report said.

Like Cummins, who plays for Kolkata Knight Riders in the IPL, Lee is also in India as part of the IPL commentary panel.

“Now is the time to be united and ensure we do as much as we can to help the ones in need. I’d also want to thank all the frontline workers who have been working round the clock during these tough times. I request people to please take care, stay at home, wash your hands, and head out only if absolutely necessary, wear a mask and maintain social distancing. Well done Pat Cummins for the initiative yesterday,” Lee said.

The 44-year-old represented Australia in 76 Tests, 221 ODIs and 25 T20Is during an immensely successful international career.

Meanwhile, Republic World reported that Sheldon Jackson has made an undisclosed contribution to India’s battle against COVID-19.

The 34-year-old wicketkeeper-batsman, who is yet to make his debut for the Kolkata Knight Riders contributed the amount to the Gautam Gambhir Foundation (GGF), which is run by the former Kolkata captain and now BJP MP Gautam Gambhir.

“I pray that the good times return sooner rather than later. I request you all to please follow the SOPs as directed by the authorities, please stay home as much as possible and wear your masks at all times when you step outside,” Sheldon Jackson wrote in a Twitter post as he urged citizens to make a contribution as well.

With two Australians and a lesser-known Indian cricketer having come forward to lend helping financial hand to India’s fight against Covid-19, the spotlight has been put on India’s own cricket heroes, who, by and large, have kept silent. Some of them, including Sachin Tendulkar, have also been lambasted online for no visible action.