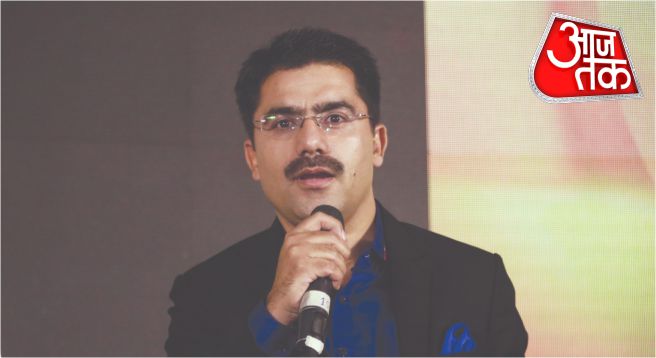 The ace journalist of the Media Industry Rohit Sardana passed away on Friday. He had tested positive for the Coronavirus on Friday morning.

The news was confirmed from the Zee News Editor-in-Chief Sudhir Chaudhary who tweeted about his untimely demise.

Sudhir Chaudhary wrote that he never thought the virus would take away someone so close to him. He said he was not prepared for this.

Rohit Sardana had long been associated with Zee Media. He used to host the popular show – ‘Taal Thok Ke’, a debate program that discusses contemporary issues in India on Zee News.

Presently Rohit Sardana, who has been the face of TV media for a long time, used to anchor the show ‘Dangal’, which aired on ‘Aaj Tak’ news channel.

Paying tribute on Twitter, senior journalist Rajdeep Sardesai wrote, “Friends, this is very sad news. Famous TV news anchor Rohit Sardana has passed away. He had a heart attack this morning. Deepest condolences to his family.”

Condolence has been pouring in from across the board over the passing away of Rohit Sardana. People are shocked upon hearing the sad news. Rohit was hugely popular with the masses for his good debating skills.

His death has come as a shock to his friends and colleagues.