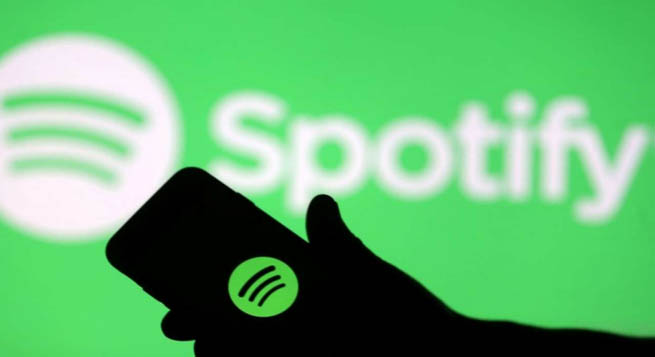 Shares of Spotify Technology fell 8 in pre-market trading on Wednesday in the US after its forecast of subdued current quarter paid subscriber numbers overshadowed upbeat first-quarter growth in countries such as the United States and India.

While Spotify has seen a sharp rise in subscribers during the pandemic as people stayed at home due to lockdowns, it faces growing competition from Apple Music, Amazon Music and a handful of smaller rivals, Reuters reported.

“Some markets are more advanced in recovering, some are still very much in the sort of pandemic landscape and I think that’s going to play out over the course of the year,” Chief Executive Daniel Ek said in an interview.

Spotify, which launched its services in 86 new countries in the first quarter, said growth in the United States, Mexico, Russia, and India offset lower-than-expected growth in Latin America and Europe.

Ek said he was encouraged by the pent up demand seen in new markets. “This is the sort of next billion user opportunity that we are seeing the early inklings of,” he said.

The company expects total premium subscribers in the range of 162 million to 166 million for the second quarter. Analysts forecast it to hit 166.1 million, according to IBES data from Refinitiv, as per Reuters.

Spotify, which launched its services in 86 new countries in the first quarter, said growth in the United States, Mexico, Russia, and India offset lower-than-expected growth in Latin America and Europe.

Premium subscribers, which account for most of the company’s revenue, were up 21 per cent to 158 million from a year earlier. Analysts on average were expecting the company to have 157.5 million paid subscribers, according to IBES data from Refinitiv.

In a statement, Spotify said that ad-supported revenue outperformed our forecast with all regions growing double digits Y/Y excluding the impact of foreign exchange.

The strength in ad-supported revenue was led by our podcast and programmatic channels, with the former benefiting from the acquisitions of Megaphone and The Ringer along with our exclusive licensing of the Joe Rogan Experience, the company said

“In February, we announced the Spotify Audience Network, a first-of-its-kind audio advertising marketplace which connects advertisers to listeners across Spotify Owned & Exclusive podcasts, podcasts from enterprise publishers via Megaphone, podcasts from emerging creators via Anchor, and ad-supported music. The Spotify Audience Network bundles multiple shows for advertisers to buy specific audiences using our proprietary SAI technology. We believe this shift will provide advertisers much greater reach and efficiency while creators gain a much greater monetization opportunity” the company stressed.