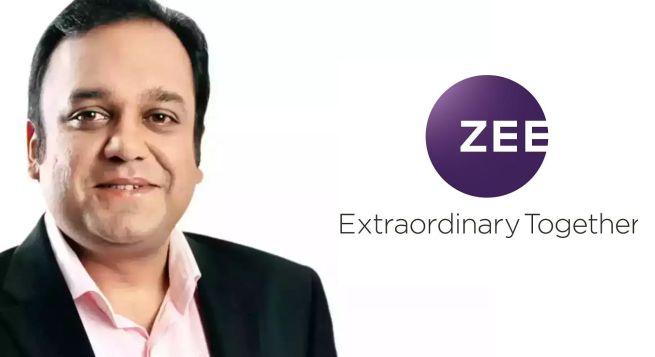 Zee Entertainment MD & CEO Punit Goenka said that the work on the proposed merger with Sony Pictures Networks India (SPNI) is progressing well and, if all goes well, should be completed within the given time frame.

“We are confident that the process will complete within the stipulated timeline or even before that post which we will move with our next step as mandated by the law. Proceeding is very well on track,” moneycontrol.com quoted him as saying during Q2 FY22 investor call Thursday.

Though media reports on the much-talked about merger stated the process could be completed  well ahead of the 90-day deadline set by the two media companies, Goenka did not divulge any details on completion of the due diligence process.

Zee had announced merger with Sony on September 22 with the Zee Board giving an in-principle approval for due diligence to be completed within 90 days.

The announced merger deal was not directly criticized by one of the largest shareholders of Zee, but Invesco, which controls 18 percent of the TV company, has been legally battling Zee on issues relating to corporate governance.

At one point of time in the recent past, Zee founder and Goenka’s father Subhash Chandra came on prime time news show on Zee News, accusing Invesco of being proxy for other another company and raising alarms over Chinese funds trying to take over an Indian company rooted in local ethos and culture.

On Thursday, Zee reported a massive 187 percent rise in consolidated net profit at Rs. 270 crore for the second quarter ending September 30, 2021, up from Rs. 94 crore from a year ago period.

Though total TV viewership for the network was down during the second quarter due to lower contribution by news and movies categories, Zee’s revenues were up 15 percent to Rs 1,979 crore as against Rs 1,723 crore in the previous year.

“Domestic ad revenues grew both YoY and QoQ by 20.1% % & 18.9% respectively. While revenue grew but Q2 continued to be partially impacted by Covid in first half of the quarter,” the company had said in a regualtory filing.