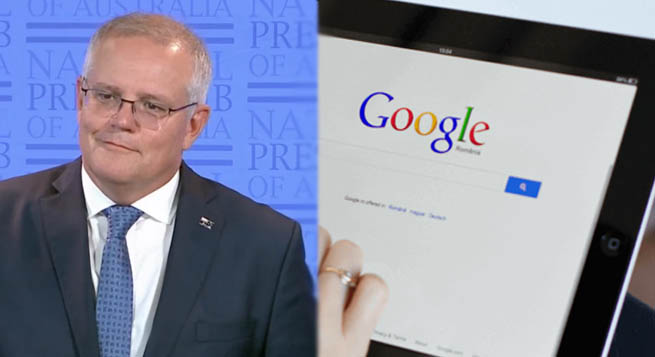 The war of words between the Australian government and tech major Google took another turn when Aussie media reported that PM Scott Morrison felt that Bing search engine was adequate if googling was blocked Down Under.

Reportedly Google is threatening to block searches in Australia if the country implements a mandatory profit-sharing deal that would force tech giants like Google and Facebook to pay publishers for their content.

A media report on Monday stated that Morrison suggested at the National Press Club of Australia that Australians can just use Microsoft’s search engine Bing if Google really wants to leave the country.

“Are you confident that alternate search engines are going to be able to fill a massive void left by Google and Australians won’t be left worse off?” asked Rosie Lewis, a reporter for the Australian newspaper. “I can tell you Microsoft’s pretty confident,” Morrison responded, adding, “when I spoke to Satya (Nadella, Microsoft CEO), there was a bit of that.”

The Aussie PM made it clear that the government will not bow down to threats from Google.

In recent times various countries have stood up to tech giants and their growing influence over people and their personal data. For example, recently when WhatsApp announced changes in the way consumer data would be shared with parent Facebook, the Indian government asked it to be rolled back.