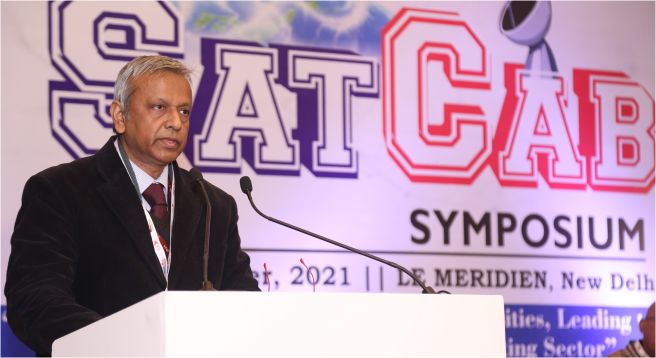 The government will soon come out with policy guidelines on infrastructure sharing amongst India’s 1,700-odd MSOs, according to a senior official of the Ministry Information and Broadcasting (MIB).

“Infrastructure sharing guidelines for DTH and HITS (companies) has been done. For MSOs, we are in an advance stage (of formulating a policy)…hopefully we would be able to do it for the MSOs soon,” MIB Joint Secretary for broadcasting Sanjiv Shankar said Wednesday at the Aavishkar Media Group-organised SATCAB Symposium while delivering the opening keynote.

MIB had come out with a policy on infrastructure sharing, mainly aimed at reducing costs for players, for DTH and HITS distribution platforms late 2020. It had amended the HITS guidelines too. Infrastructure sharing has been a long-standing demand of the broadcast and cable TTV sectors.

Dwelling on the ease of doing business initiatives of the government, Shankar also opined that the government was ready to consider any financial sops or demands of the cable TV distribution fraternity, especially the LCOs.

“If there’s a (financial) proposal, we can consider that,” he said, while hailing the entrepreneurship and tenacity of the country’s cable operators who largely made up the audience at the media conference.

Pointing out that the MSOs reap the harvest of the massive reach of the LCOs, the government official said it should be explored whether the present infrastructure of LCOs could also be “leveraged to provide broadband services”, including participation in the ambitious BharatNet project that aims to connect the villages of India through broadband services.

Speaking about regulations and the need for them, Shankar said the government is galvanised into action when there’s a need to regulate in the public interest, though regulating is a “challenging task” where the administration has to accommodate every viewpoint in the best possible way for larger good.

In this connection, he allayed the fears on India’s digital norms, implemented earlier in May, which have been panned by critics as stringent. Shankar, however, explained that the IT Rules were put in place to merely address the consumers’ need for complaint redressal, including complaints on streaming content.

A recurring theme of Shankar’s address was evolving technology and the importance of adapting to changing times.

“Technology is never constant. So, the only way forward is to accept change and adapt (to) it…and for adopting (it), we need to innovate within our own system and bring out the necessary changes in terms of technology, in terms of our ability to change,” Shankar said, explaining the government’s aim is to see every segment of the industry thrives, including the cable TV sector.

“There is a scope for everyone to co-exist in this country. We talk about bullet trains as well as bullock carts,” Shankar pointed out, adding that both have their own significance and, hence, the cable fraternity should not get disheartened when people talk about technology overshadowing or outrunning them.

“We have seen how LCOs have grown to become MSOs,” he pointed out, urging LCOs to adapt to the challenges all round.

In that connection, he suggested that LCOs should take up the challenge of streaming video-on-demand, by exploring the option of platform services as those run by the MSOs, which were doing well, and globally too demand has driven locally relevant content on such platform services.