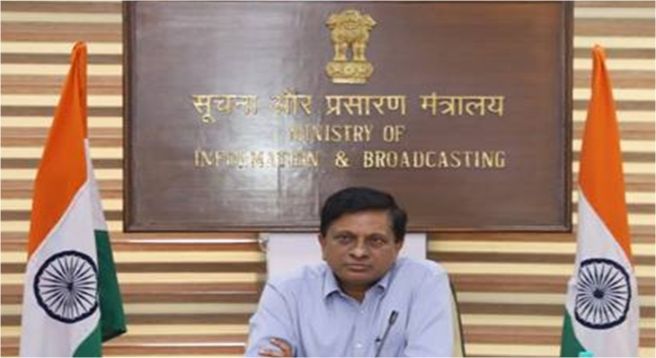 In a show of solidarity, a top official of India’s Ministry of Information and Broadcasting on Tuesday said that it was willing to be a ‘bridge’ between the broadcast industry and regulator TRAI, while admitting the sector had “definitely suffered” in the last 18 months due to various reasons.

“…the regulator has come out with a second level (of tariff regulations) which is popularly called NTO 2.0 and there also the broadcasters have some apprehensions…We are also in touch with broadcasters and carrying their concerns to the regulator,” MIB Secretary Apurva Chandra said today while speaking at APOS India conference, organized by Singapore-based Media Partners Asia (MPA).

Barely two months old in the MIB, Chandra has been refreshingly candid in his views on issues plaguing India’s media and entertainment industry.

In a keynote In-Conversation session at APOS India, Chandra touched upon a number of contentious issues. APOS India Summit is part of the Asia Pacific video operators summit franchise.

Asked whether MIB would push for a broadcast industry representative to be part of the telecom-heavy officials at TRAI, Chandra said, “In fact, we have a request that a part time member should be nominated from the broadcast sector to TRAI. We are open to it.”

Pointing out that as of now TRAI was the regulator, Chandra said MIB was open to suggestions from the broadcast industry on the nomination of a person to TRAI.

Chandra while batting for self regulations in TV and OTT sectors, said the government’s approach was to have light-touch regulations contrary to demands for censorship and even pre-censorship on the lines of films and the film certification board CBFC.

In support of his claims, the secretary said after the new digital norms were put in place earlier this year, no complaint relating to content on OTT platforms has reached the government oversight body as most of them —- “90 to 95 percent” — got resolved at the self-regulatory levels itself.

Dwelling on the proposed review of uplink/downlink guidelines, for which public consultations were held earlier, Chandra said the new guidelines could be announced in the next three-four months time.

The basic idea behind such reviews was to simplify existing regulations and put in place simpler guidelines in future, Chandra said, adding the Broadcast Seva Portal (a one-stop shop for all government clearances) was a step in that direction.

Chandra also touched upon the AVCG and the proposed changes in the Cinematograph Act. The latter, he said, would give a major boost to anti-piracy initiatives.