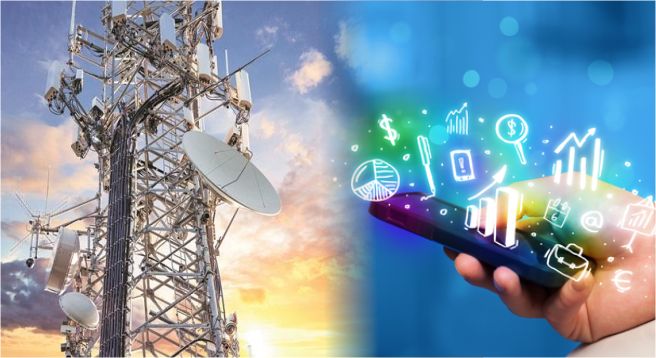 For the last few years there has been an aggressive push from the Indian Government to be atmanirbharor self-reliant, the vision behind not only Made In India , but also Make in India.

Traditionally India has been seen as the development centers for major telecom equipment manufacturers. However, the actual manufacturing was done elsewhere in markets of South East Asia and China.  It is ironic that for a product developed in India, the manufacturing happens offshore and the service providers here need to import the same equipment.

The formalization by the government of the production linked incentive scheme (PLI ) for promoting telecom and networking products manufacturing in India will give a big boost to the telecom and the content industry.

With the ease of availability of equipment for transmission and distribution, the fiber networks will penetrate deeper and come closer to homes, and deeper FTTH penetration will increase the consumption of content on both linear TV and streaming platforms. The cable TV industry will get access to equipment at a local level, which will help distributors like MSOs and LCOs grow their networks to add on multiple services for consumers.

For the cable TV fraternity, which is moving on to fiber increasingly  and is providing internet and data services alongside traditional video services, this should be welcome news. With local manufacturing of the transmission hardware like FTTH equipment, GPON , OLT, ONU, consumer premises routers, etc., the service providers will have access to the latest technology at the most competitive prices. They will get the benefit of international best practices too as the manufacturers will help them with best installation practices.

The dominance of Chinese manufacturers with their own software has been worrying several nations worldwide as in quest of control the State can ask manufacturers to build equipment that can be remote controlled and also be used for spying on the systems of the purchasing nation. The service back up was always a concern.

The growth of players from the not-so-friendly environment has been due to the support of their nations that have been incentivizing them to invest in the business to ensure they get a lion’s share of the world market.

The Indian Government in the last few years has realized that if India needs to be a big player in the field of telecom equipment manufacturing — an area where the country’s share has been minimal — efforts need to be put in at all levels.  It was understood that investments were needed  in capital goods with financial stimuli provided for long gestation projects for them to compete at a global level.

With the PLI scheme for Promoting Telecom & Networking Products Manufacturing in India announced under the Project Monitoring committee of  the Department of Telecoms (DOT), the government has taken a step forward . It has taken care of the medium and small, scale, and large enterprises, both domestic and global.

This will encourage companies to set up production bases in India or tie up with the local production EMS companies to start local manufacturing. The PLI scheme offers them incentives on the investments in capital goods and enhancement of the production capacity.

The geographic location of India is advantageous in approaching the markets of SAARC nations, the African continent and even the Americas and Europe as India can offer economical manufacturing costs with quality.

We hope that in coming times the spirit of the PLI is appreciated and does not remain another document on paper. It will help the local industry, both telecom and cable TV, which has been proactively taking measures to move on to the provision of data services taking the network near to the consumer with an aim to bridge the digital divide.

(Rajiv Khattar, the author is a media industry veteran and a consultant, specializing in tech and satellite matters. His last assignment was as the South Asia head for a global satellite company, ABS. Before that he spent almost two decades with the Zee group in various leadership positions in Siti Cable (now Siti Networks) and Dish TV. In between, for a short while he also did a stint at Reliance Industries’ media unit. The views expressed are those of the author and Indianbroadcastingworld.com need not subscribe to them)