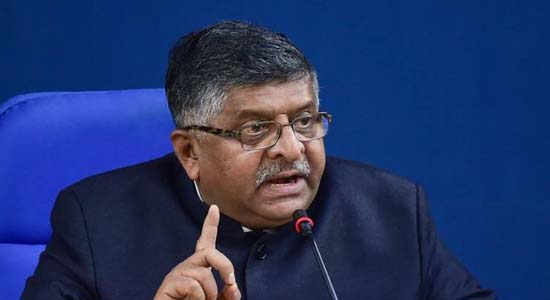 New Delhi went on the offensive on Wednesday after morning media reports quoted unnamed official sources hinting that as Twitter has not fully complied with the new digital regulations, its intermediary status stood null and void with IT Minister Ravi Shankar Prasad later weighing in by tweeting “there are numerous queries arising as to whether Twitter is entitled to safe harbour provision”.

If Twitter actually looses its intermediary status, as being claimed by the Indian government, it will not have the protection granted against third-party content posted on its platform and could be open to criminal proceedings too over content — a point of view  contested by lawyers specialising in digital laws.

Incidentally, a police complaint has recently been filed in the northern State of Uttar Pradesh against Twitter Inc and its Indian outfit, some politicians, and activists for spreading fake news with an aim to disturb societal harmony.

Reporting on the twist of events, a Reuters dispatch from New Delhi said  the new rules or the so-called Intermediary Guidelines, announced in February 2021, are aimed at regulating content on social media firms such as Facebook, its WhatsApp messenger and Twitter (along with digital news publishers and OTT platforms), making them more accountable to legal requests for swift removal of posts and sharing details on the originators of messages.

Though Prasad did not directly say whether Twitter had lost intermediary protections, but a senior government official told Reuters that Twitter may no longer be eligible to seek liability exemptions as an intermediary or the host of user content in India due to its failure to comply with new IT rules.

Twitter did not respond to a request for comment though it said on Monday it was keeping India’s technology ministry apprised of the steps it was taking.

A compilation of Prasad’s tweets on the Twitter issue by Indianbroadcastingworld.com makes for interesting reading.

For example, in one of the tweets, the Minister said: “The culture of India varies like its large geography. In certain scenarios, with the amplification of social media, even a small spark can cause a fire, especially with the menace of fake news. This was one of the objectives of bringing the Intermediary Guidelines.”

In another post Prasad was sarcastic: “It is astounding that Twitter which portrays itself as the flag bearer of free speech, chooses the path of deliberate defiance when it comes to the Intermediary Guidelines.

“Further, what is perplexing is that Twitter fails to address the grievances of users by refusing to set up process as mandated by the law of the land. Additionally, it chooses a policy of flagging manipulates media, only when it suits, its likes and dislikes.”

Prasad was acerbic when he said that a recent incident in the northern State of Uttar Pradesh “was illustrative of Twitter’s arbitrariness in fighting fake news”. While Twitter has been over “enthusiastic about its fact checking mechanism, it’s failure to act in multiple cases like UP is perplexing & indicates its inconsistency in fighting misinformation,” he added.

A sovereign country’s right to frame rules too was highlighted in another tweet. “Indian companies be it pharma, IT or others that go to do business in USA or in other foreign countries, voluntarily follow the local laws. Then why are platforms like Twitter showing reluctance in following Indian laws designed to give voice to the victims of abuse and misuse?” Prasad questioned the American company’s motives.

Taking a leaf out of PM Narendra Modi’s recent address to the G7 summit, the IT Minister tweeted: “The rule of law is the bedrock of Indian society. India’s commitment to the constitutional guarantee of freedom of speech was yet again reaffirmed at the G7 summit.”

However, a Delhi-based digital advocacy group Internet Freedom Foundation told Reuters it was only up to courts, and not the government, to decide whether companies such as Twitter remained intermediaries for alleged non-compliance such as appointment of executives.