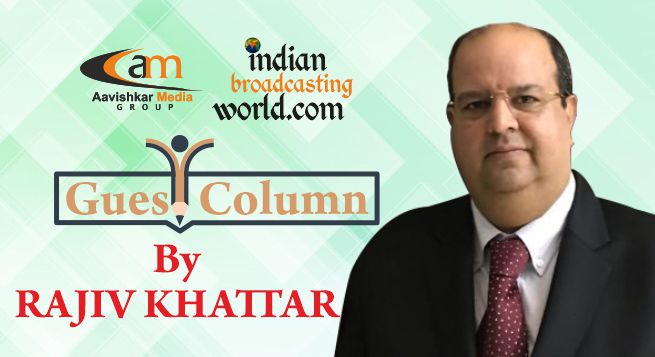 Satellite industry is gearing up for a new regime and in a year’s time we could very well witness satellite companies offering high-speed broadband services to retail consumers; especially those consumers who live in far-flung places of our vast country, and where laying of cable or fibre is very difficult and a costly affair, if not totally impossible.

There has been skepticism on the success of such projects but many global big names in the satellite and non-satellite industry have been putting their weight behind the technology, which some tests have highlighted some glitches, but the benefits and quality of service outweigh the shortcomings.

That India is alive to such global trends can be gauged from the fact that the Department of Telecoms (DoT) in the Communications Ministry earlier this week scheduled a meeting with satellite industry stakeholders to discuss various aspects of India’s evolving space communications policy.

Apart from increasing private sector’s participation in India’s space industry, the talking points for the DoT meeting included those that dwelt on high throughput satellites and LEO satellites that are getting deployed worldwide and were capable of rendering low latency, high bandwidth and global coverage for various applications, including broadband services.

Attended by Indian and foreign companies (SpaceX and OneWeb, for example), industry trade bodies and several government organisations, including Niti Ayog and Department of Space, the meeting discussed various aspects of India’s spacecom.

Let us understand where the market for broadband-via-satellite exists.

It is estimated that mobile Internet penetration is still around 50 percent of the world population and there are large populations in places like South Asia and Africa, which are not connected and are low-paying markets. In India, for example, telecoms regulator TRAI has said almost 40 percent of the country, mostly rural population, still do not have access to broadband. Hence, there are opportunities in these markets where the non-connected will like to pay for the connectivity and then governments will support the roll out to achieve its digital objectives — subsidies cannot be ruled out too.

For satellite connectivity, the B2B segment has a demand in sectors like the government, health, disaster management, hospitality and petro-chemicals as companies/organisations operating in all these segments would like to connect their facilities in remote areas with regional head offices or monitoring centres— and for that satellite is the optimal and a reliable way to stay connected.

The conventional satellites we all know are GEO satellites, which are around 36,000 km above in the sky. The position of the satellite remains stationary with respect to the location on the ground, thus enabling the ground antenna to continue communicating with the satellite though a signal that takes nearly 600 milliseconds to travel, making it good for low latency needs like broadcast and narrow band applications.

The LEO satellites are placed at an orbit of 200 to 1,500 kms and do a rotation of the earth every 100 minutes. This means that there is a need to have more satellites to continue seamless connectivity to a ground segment— and that’s why LEO satellite constellations are being created by global companies backed by billionaires and governments. LEO satellites offer less latency as the signal takes around 30-40 ms to travel and, thus, are good for data and voice applications.

We have seen companies like Elon Musk-promoted SpaceX (Starlink), British government and Bharti Airtel-controlled OneWeb, Telesat and O3b Networks aggressively pursuing LEO constellations to deliver various services. Even a traditional e-commerce giant like Amazon has been talking of its own LEO satellite services.

In the satellite business, the cost and maintenance of the ground segment is critical for success. In a GEO satellite, the simple fixed antenna serves the purpose, though they are expensive to install, need space and expertise to troubleshoot. In LEO, the key is having the antenna that can track the satellite, can be installed easily and maintained by the user, and yet is affordable. If such a set-up can provide connectivity on the move, it is icing on the cake. The key to the success for such a constellation for satellite broadband would be the cost of the consumer premises equipment (CPE) and the business model(s) adopted. The current cost of the CPE (around USD 500) is too expensive for a retail consumer; especially in cost-sensitive markets in South Asia, including India.

Satellite broadband business models will imply offering direct connectivity to the end user as Starlink is planning or partnering with a local player who can distribute over a particular area via WLAN.

The direct distribution of satellite broadband models will compete with the traditional means of broadband delivery like DSL, fibre and wireless. With the CPE being expensive and the low-paying capacity of the consumer, distribution via WLAN could offer another opportunity to the DPO (distribution platform operator) to look at a new business model to maximize revenues.

In hilly and difficult terrain (like those dotting Ladakh or in India’s north-eastern States, for example), terrestrial or radio connectivity for data has been a challenge and will continue to be so. In places like these, including plush outhouses of India’s millionaires, consumers could be willing to pay for a good service if they get access to seamless and high-speed data.

The B2B segment may still be having its direct linkages with satellite broadband providers, the retailers would be better off going through a partnership on the ground. With India’s DPOs being enterprising and rich in local knowledge, they are well placed to bridge the digital divide and also act as service providers at the local level.

As the regulatory regime for satellite broadband gets firmed up in coming days in India, various choices will be coming DPOs’ way for provision of data services even as per Gb cost is expected to go down. Partnerships will be key to take such satellite-delivered services via the retail route to consumers and bulk users also.