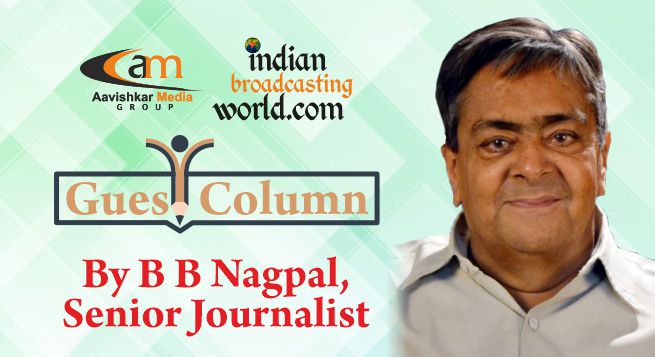 The channel  — currently being aired by Doordarshan’s DD Freedish on Channel No 36 and by select distribution platform operators (DPOs) — will also soon launch its Original slate that will encompass the rural person’s entertainment needs with relevant and relatable narratives.

The channel has been launched by the Mumbai-based Beginnen Media, which aspires to meet customers where they are and provide an entertaining experience for everyone across platforms. Beginnen Media was launched in October 2019 and is headquartered in Mumbai. Beginnen, as the name suggests, is the German word for ‘commencement of something new’. The vision of the organization is to pioneer a ‘people specific’ range of products and services.

Azaad represents a strong belief in the ‘power of engaged connections’ with its stakeholders. With its premise being ‘people first, rural first’, the building block of the brand Azaad has been to service a ‘latent demand’ of an underserved audience segment with a huge untapped opportunity.

Beginnen Media is spearheaded by media stalwart Bharat Kumar Ranga whose influence in the broadcast business is known to inspire and give a new dimension to the world of media business. His global experience and cultural fluency have led to the creation of 11 new platforms that were successes in India and across the world.

According to him, “We are working towards fostering a new culture of doing business in the media & entertainment industry and creating a ‘People-Centric’ model. Our aim is to cultivate an inclusive strategy considering audiences in rural India as a part of our growth plans. Since creativity has an expiry date, we are constantly searching for the next successful idea leading to tremendous wastage. While our new model of Consumer Specific Entertainment Channel is focused and is not dependent on any new creative formula. We believe that it’s time to transition from a creative-centric model to a consumer-centric one.

“Our model is not about having deep pockets, it’s all about the deep understanding that we have of the rural person’s emotions, aspirations and entertainment needs.”

Beginnen Media’s flagship brand, Azaad, is just the first small step in creating a premium people specific product for the rural person. Ranga considers Azaad as premium as it means superior thought, clarity in vision and does not mean high cost or spectacular imagery.

He added: “In the first year of Azaad, we want to create a niche in this super mass category of rural audiences. The content will clearly be created based on what the rural consumer wants to see and not what we would like them to see.”

Beginnen Media also announced its leadership team with executives who add deep experience across verticals to further strengthen the organisation’s ability to develop more personalized experiences with new and existing audiences who have a rural mindset.

(The author, BB Nagpal, is a senior journalist who retired as Chief of Bureau of United News of India, one of India’s leading news agnecies. He specialized in the field of media and entertainment. He has also featured in shows aired on national broadcasters, Doordarshan and All India Radio. He now writes for several newspapers and magazines on a variety of subjects. The views expressed are those of the author and Indianbroadcastingworld.com is not responsible for them, nor subscribes to them.)