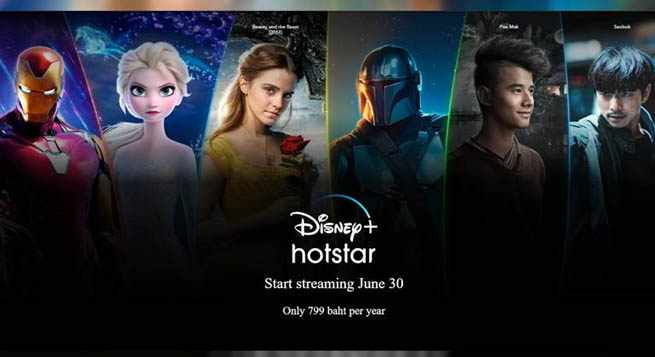 The Walt Disney Company is all set to launch the Disney+ Hotstar streaming service in Thailand on 30 June 2021.

Yesterday, the company held a press event in Bangkok, featuring the collection of Thai celebrities, to introduce the service of the local market.

However, the streaming service has closely aligned with a local telecom company, AIS 5G, to turbocharge the Thai launch.

Recently, the streaming service will be launched in Malaysia on June 1, Singapore in February, and in Japan, Indonesia last year.

However, the streaming service will also be rolled out in other Asia markets like South Korea, Taiwan, and the Phillippines are expected later this year.

David Shin, general manager of The Walt Disney Company in Taiwan, Hong Kong, and Southeast Asia said, “One of the most distinctive hallmarks of Thai culture is a shared love for entertainment, and we are thrilled that the launch of Disney + Hotstar in Thailand will provide fans with even more viewing choices.”