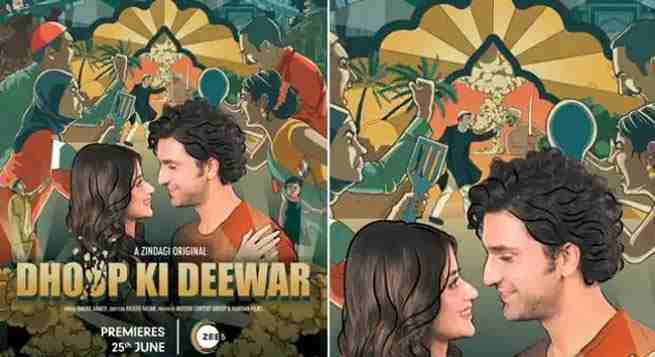 The story revolves around the cross-border story of love, family, and loss.

The show revolves the story of Vishal (Mir) from India and Sara (Aly) from Pakistan, who find their lives interconnected after losing their fathers in the war. They both shared the grief which becomes the foundation of their friendship.

Dhoop Ki Deewar is helmed by Haseeb Hasan and written by Umera Ahmed, who is known for the hit show, ‘Zindagi Gulzar Hai’, starring Fawad Khan and Sanam Saeed.

The show is produced by Motion Content Group and Hamdan Films.

Ateeq Rehman, Chief Investment Officer, Group M Pakistan said, “It’s never easy when you go against all odds to do something that has never been done in your market, and ‘Dhoop Ki Deewar’ is one of those initiatives for us at Motion & GroupM Pakistan. We believe that as thought and market leaders, the onus is on us to continue pushing the envelope.”

He also added, “The journey required a lot of effort put in from the team and the way we sailed through it was commendable. ‘Dhoop Ki Deewar’ is a story of love and loss that talks about peace.”

Dhoop Ki Deewar will premiere on Zee5 on June 25.