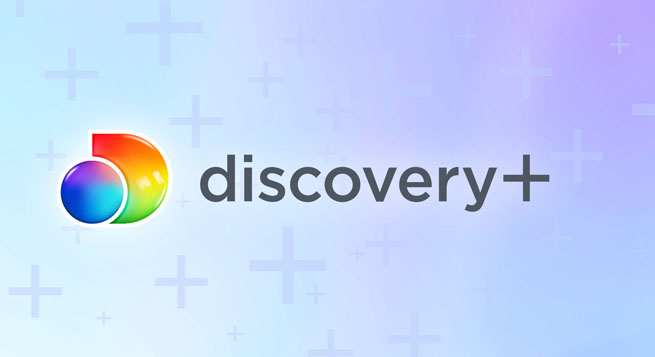 discovery+, the non-fiction, real-life subscription streaming service from Warner Bros. Discovery, announced new and original programming that will be available in August.

discovery+ will premiere new titles across genres including, ‘On 90 Day Fiancé: Happily Ever After?’, ‘Good Sex’, ‘Who Killed Biggie And Tupac?’, ‘Mary Kay Letourneau: Notes On A Scandal’, ‘Ecipe Lost And Found’, ‘The Art Of Vintage Jo’, and ‘Capturing Home’.

discovery+ is also available on platforms and devices from Amazon, Apple, Google, Microsoft, Roku, and Samsung.

Titles premiering in August, amongst others, include the following:

Just when you thought you had seen it all, ‘sMothered’ returns on Monday, August 8th with more to love. This season welcomes back four fan-favorite mother-daughter duos and introduces three new pairings. From bathwater to bedrooms to boyfriends, these twosomes have shared everything and with beautiful babies being welcomed into the mix, a new legacy ensues – grand-smothering!

Whitney is back and facing some larger-than-life struggles this season. The Thores are devastated after a stroke leaves Babs hospitalized and her road to recovery uncertain. With the help of her supportive friend group, Whitney musters the strength to be the pillar her family needs during their darkest time. Meanwhile, things get tricky for Whitney when she mixes business and pleasure by hiring her ex-boyfriend to help with her online fitness videos. Will Whitney’s relationship with the French man prove to be as strong as she thought or must all good things come to an end?

‘Good Sex’ follows five couples who face challenges in the bedroom as they work with sex coach Caitlin V. to transform their sex lives. With many years of experience and a proven track record for helping couples harness their sexuality, gain more confidence in bed, and feel closer and more connected to their partner, Caitlin begins with the radical approach of putting cameras in their bedrooms and then reviews the tapes in sessions with her clients to get to the bottom of what’s going on between the sheets.

The couples that viewers have come to know and love are back for a brand-new season of ’90 Day Fiancé: Happily Ever After?’. As they navigate the next chapter of their relationships, they’ll be put to the test on everything from emotional affairs to disapproving family to immigration issues. With these couples kissing the honeymoon stage goodbye, are they headed toward happily ever after or happily never after?

This is the untold story of a blue pill that changed the world. Developed against all odds, and marketed like no drug in history, it unleashed a tidal wave of controversy. Using nostalgic 90s archives and an exciting mixture of exclusive interviews with the people who were there, including Dr. David Brown, known as the father of Viagra, and Ian Osterloh, the Pfizer Inc. team leader who oversaw the top-secret clinical trials that proved the blue pill does indeed work, and Pfizer marketing team members Rooney Nelson, David Brinkley, and Janice Lipsky. This is the drug that wrote the playbook of Big Pharma and changed sex forever.

Classically trained chef and food anthropologist Casey Corn is on a journey to help people rediscover their lost family recipes, diving into each family’s history and culture to reveal the magic behind the dish.

Vintage dealer and designer Katie Saro creates one-of-a-kind spaces for her clients and shares her unique styling and design tips while transforming her home room by room.

Stylist Kate Martindale and photographer Amy Neunsinger work with clients who have tired spaces and help transform them into beautiful rooms that feel like home.

In with the Old – Premieres Wednesday, August 24

In small towns or neighborhoods in large cities across the country, risk-takers are finding old constructions and bringing them back to life with their own hands. Each episode will feature an old house, an old building on the main street, or an old structure that will be revitalized with beautiful design and delicate restoration.

Designer Keyanna Bowen has a passion for renovating rental properties, showing you don’t have to spend a lot of money to make a big impact. She reveals cost-saving tips while updating rentals to help tenants feel more at home.

Homeowners offer an intimate look at the original features and modern renovations that make their old homes unique. They also share their passion for understanding and preserving their properties’ hi distinct histories.

In this joyous, specialist factual series, amateurs compete to create spectacular chain reaction machines, with the ultimate winner going on display in a museum. The machines must complete a simple challenge – like boiling a kettle – in the most complicated way possible. Engineering enthusiasts go head-to-head in the ultimate test of ingenuity and technical ability. It’s a knockout competition that will leave us with just one winner. FYI this is hosted by Richard Hammond (of Top Gear fame, etc.)

Before his death in 2009, Michael Jackson was the biggest pop star on the planet. But his private life was marred by dark rumors for over 20 years. Experts in body language, speech, and forensic psychology examine his words, actions, and behaviors.

Thirty years ago, the nation watched every moment of the Menendez Brothers’ dramatic trial in real-time. Now, thanks to TikTok and social media, an entirely new generation is learning their story for the very first time. Details of the murder were seared into our collective memory: the 911 call, the crime scene photos, the Rolexes. The media narrative – that two Beverly Hill boys killed their parents out of greed and allegedly concocted a fantastic account to get out of it – remains a national punchline. But now, three decades later, as Gen Z discovers the case, they see the story of two boys who suffered horrific abuse at the hands of their mother, father… and the media. Did we get it all wrong?

For more than two decades, music superstar R. Kelly tried to hide his secret life as a serial sex offender. But were the clues in front of our eyes all the time? Faking Its crack team of body language, linguistics, and psychology experts put R. Kelly’s interviews under the microscope. Was his attraction to underage girls evident? Were his denials that he paid victims ‘hush money’ believable? As well as a frame-by-frame analysis of his media appearances, this film charts R. Kelly’s journey from busking on the streets of his hometown Chicago to global fame, wealth and adoration. With an estimated 100 million record sales to his name, the music world celebrated the so-called ‘King of R&B’ as a genius. But were his dark secrets and lies on display all along?

Twenty-five years of contempt, controversy, and conspiracy all lead to the same single question: who killed Biggie and Tupac? Now, with exclusive interviews and unique insight into both shootings, this series offers up answers from the key players involved. Who do you believe is telling the truth?

During ‘Homicide Hunter: Never Give Up’ nine seasons on ID, Lt. Joe Kenda captivated viewers with stories from the hundreds of murder cases he solved throughout his 23-year-long career. With an eidetic memory and a 92% closure rate, Kenda recounted all the success stories he had to tell on the hit TV series…. until now. Three cases that kept Lt. Joe Kenda up at night will finally be put to rest as he returns to the screen for a trilogy of premium ‘Homicide Hunter: Never Give Up’ specials, revealing chilling new details of career-defining cases. With his gruff voice and no-nonsense demeanor, Kenda leads viewers through labyrinthine cases that have plagued him for years with the first two-hour special focused on the investigation of a female soldier whose killer was a shadow in the night for decades until advances in science delivered a conviction.

Twenty-five years ago, a fatal car accident took the life of the beloved Princess Diana of Wales, devastating the world. In the decades following her death, conspiracy theories and accusations have swirled – who was to blame? How did this happen? Throughout four gripping parts, ‘The Diana Investigations’ offers a new look into the tragedy that has shocked the world for decades. For the first time, hear exclusively from the key figures who investigated the beloved Princess’ death as they provide new insight and reveal never-before-heard details.

The murder trial of British au pair Louise Woodward was televised live in the UK, transfixing viewers and splitting public opinion about whether she was guilty or innocent. Now, evidence is reexamined with unprecedented access to witnesses, the defense team, the prosecution, and members of the jury who decided her fate.

With all the ingredients of a Hollywood movie, this sex scandal shocked, enthralled, and enraged 1990s America. 34-year-old elementary school teacher, Mary Kay Letourneau, who was married with four kids, began an affair in 1997 with her 12-year-old student, Vili Fualauu. They not only didn’t deny the outrageous behavior, but they would also eventually embrace the love affair that included kissing on school grounds, trysts in her van, and even sexual rendezvous in her family home. The question on everyone’s mind was: Is this true love, or is Mary Kay Letourneau a pedophile, guilty of child rape?

Last month, discovery+ introduced parental control settings in the US that allow subscribers to create age-appropriate viewing experiences for their families.