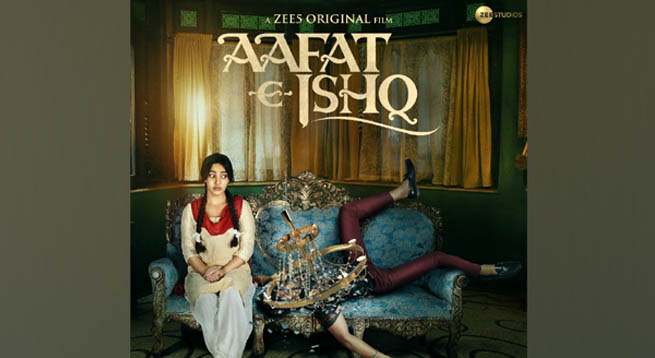 Streaming platform ZEE5 is all set to release ‘Aafat-E-Ishq’, the Indian adaptation of the multi-awarded international Hungarian film ‘Liza, the Fox-Fairy’.

Produced by Zee Studios, ‘Aafat-E-Ishq’ is the story of Lallo and her quest for true love.

Lallo, portrayed by Neha Sharma, finds herself as a prime suspect following a series of multiple deaths while an ancient curse looms large, threatening to destroy everything and everyone around her, ANI reported from Mumbai.

‘Aafat-E-Ishq’ is a dark dramedy with an interesting concept having elements of whodunnit twist.

The idea of making the ‘Aafat-E-Ishq’ film by seeing the success of the Indian adaptation of Finnish drama ‘Black Widows’ namely as ‘Mustat Lesket’ which was released in December 2020.