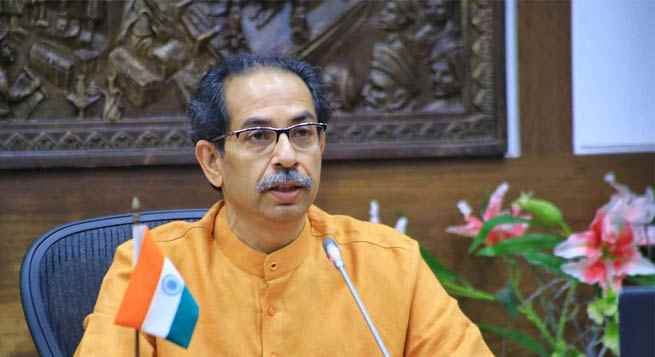 Even as the Indian western state of Maharashtra goes under stringent COVID-19 restrictions from today, the chief minister has advised entertainment industry to follow all pandemic protocols to avoid complete lockdown in all parts of the state.

Though the state, which includes the financial capital Mumbai that also is home to India’s media and entertainment industry, will shut down malls, cinemas, bars, restaurants and places of worship from Monday evening, an executive from entertainment industry had hinted after a meeting with Chief Minister Uddhav Thackeray that the top politician was against a complete lockdown, but cautioned the industry to take precautions and follow Covid protocols.

“Situation is very serious as regards to spread of COVID and tough measures are being planned. As regard to entertainment industry, he (the chief minister) expected every production house to follow SOP’s (standard operating procedures). He appealed (to) producers to avoid crowd scenes and dance sequence with more people,” Dashami production house founder director, and former senior executive at Star India and Zee, Nitin Vaidya, wrote in a Facebook post yesterday afternoon.

Vaidya, who was was part of a virtual meeting yesterday that Thackeray had with representatives of the M&E industry, added that the industry “gave its whole hearted support” to the state administration in battling the rising cases of COVID. The M&E sector, like any other business vertical, was attempting to come out of an economic downturn during the phased easing of restrictions over the last few months.

However, later in the evening a Reuters report, quoting Nawab Malik, a minister in the state government, said the Maharashtra state authorities will also impose a complete lockdown on weekends, impose a night curfew across the state from 8 pm to 7 am from Monday, allowing only essential services to operate during those hours.

The state, according to the federal Ministry of Health, has contributed 57 per cent of total cases and 47 per cent of deaths in the country in the last 14 days. India follows only the United States and Brazil in infections, with more than 12 million cases and nearly 165,000 deaths recorded since the start of the outbreak.

State’s Chief Minister Thackeray met with a group of top industrialists on Sunday before announcing the new restrictions, according to a statement from his office, Reuters reported.

Coronavirus cases continue to rise rapidly in India with the number of new infections nearing an all-time high on Sunday, largely driven by infections in Maharashtra.

The country reported 93,249 new cases in the 24 hours to Sunday morning, according to data from the federal Health Ministry. Maharashtra, which accounts for less than a tenth of India’s population, accounted for a record 49,447 new cases.