RADHE IN CINEMAS AND DIGITAL MEDIUMS ON SAME DAY
SUBSCRIBE 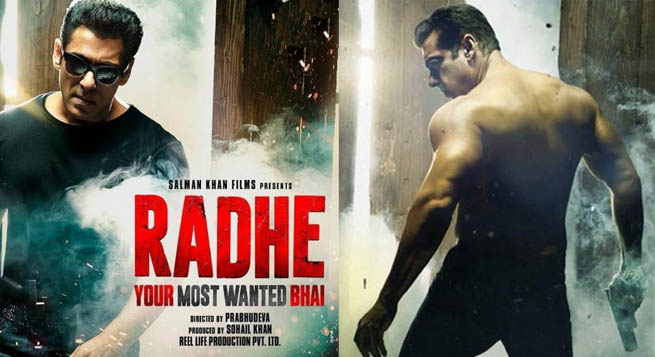 With cinemas being shut in many states (Mah, Guj, Rajasthan, Delhi, Chattisgarh), it is highly unlikely that cinema will see any benefit of this

Further , this film will hit cinemas – only single screens and not multiplexes as they haven’t agreed for this simultaneous release. For multiplexes, this is just like another film going on OTT

TVOD as a model has not picked up well in global markets too with Disney’s Mulan and other large films; we thereby believe that this model is still too nascent for a market like India and one cannot expect any big positive surprises. We had already anticipated that certain large films may go direct OTT or TVOD route given the current rush for content coming into cinemas whenever they open up; expect some more small/medium budget films too to hit the direct OTT route as all May not wait for cinemas to open up

Sooryavanshi is expected to come toward July and 83 will come towards aug with a lower window – 4 weeks vs 6-8 weeks . Window will remain low till aug/sep and post that it will be move to pre covid terms

We believe Cinema stocks have largely bottomed out at current levels after the recent fall of almost 20% since one month ; long term prospects remain strong due to 1) vaccination opening up for all ages 2) liquidity issues addressed due to recent fund raising 3) big consolidation/mkt share gain expected as single screens / selective smal chains suffer due to liquidity 4) rentals expected to move to rev.share in medium term 5) large content pipeline due to a big backlog of releases (only 24 films have gone directly on OTT in last one year)