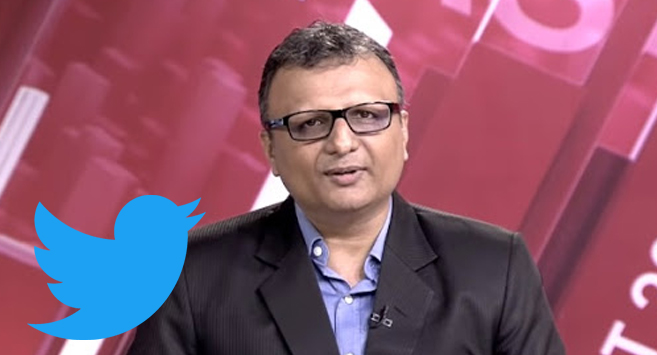 Vempati said that more than 70 of Doordarshan’s TV channels broadcast educational content to address the needs of students from different parts of the country with different languages and curriculum. During the coronavirus pandemic, Prasar Bharati repurposed its channels to be of use to students who were confined at homes when schools were closed as a precautionary measure, All India Radio news reported.

Addressing the Asia-Pacific Institute for Broadcasting Development (AIBD) Leaders’ Web Summit last week, Vempati said more than 20 TV channels of Doordarshan, which run general entertainment and news throughout the day, “repurposed themselves” for students across the country. Moreover, the public service broadcaster has over 50 dedicated channels for education.

As the theme of the webinar was ‘Redefining the role of media in the new norm’, the Prasar Bharati head honcho highlighted the challenges during the pandemic, which included propagating proper COVID-19 protocols.

“India is a diverse country, (has) several languages, (and) hundreds of dialects, so to get this social messaging in this dynamic environment to a diversity of communities was a great challenge. And that is where the public broadcaster really came through,” Vempati said.

He also highlighted that the public service media went from an analog terrestrial to a free-to-air (FTA) across the country via DTH satellite platform, thus benefiting millions through TV channels and radio.

“The benefit of having such a Free-to-Air (FTA) Direct-To-Home satellite platform was that it had a nationwide reach; now the latest figures are about 40 million households, its geographical spread was the entire landmass, again you are not restricted by the terrestrial limitations there,” he explained, according to the AIR News report.

Crediting information technology for being a crucial factor in coping with the constraints posed by the pandemic, the seasoned technocrat said, “In last three years, we have taken so many steps to be IT-enabled, automated, and to embrace digital tools that it came handy in this pandemic situation. Had we not taken those measures, it would have been impossible for us to function in this environment with these challenges.”

However, he couldn’t stop himself from taking some potshots at the media in general and some players in particular.

Speaking on the role of media in today’s time, Vempati said that it was distressing how some of the global public service media, who have an international presence, fell short in their haste to perhaps attract more eyeballs, more traffic, and fell into this trap of click bait journalism.

He said that it was very unfortunate that such reputed institutions have exaggerated and reported in a manner that is not consistent with the values that public service media holds when they are at home and reporting from home.

He further said that there should be a discussion on should the media focus only on problems or become an enabler for solutions.

Outlining his views on whether public service media lived up to the values of journalism in the fight against Covid-19, the Prasar Bharati CEO said that whether it’s the old normal or the new normal, there are certain values and those values have to prevail.

“We often see that media tends to focus on the sensational aspect of what has happened and this phenomenon has gotten even worst with the advent of digital and what is commonly referred to as click bait journalism. But, unfortunately, that phenomenon has exacerbated the whole problem during the pandemic rather than providing a solution,” he said.