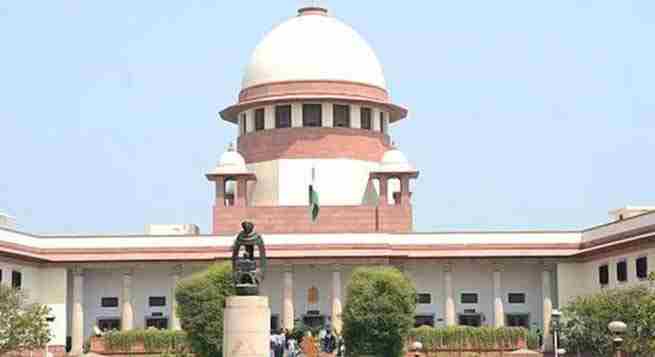 Stakeholders and observers of the Indian media and entertainment sector would be anxiously looking forward to today’s happenings at the Supreme Court when it would, once again, look into the challenge by broadcasters and others of a Bombay High Court order that upheld sector regulator TRAI’s constitutional powers to make regulations.

On August 6, the Supreme Court, while refusing to give interim relief to the broadcasters, directed them to file short synopsis of the petition, instead of a lengthy one that ran into 51 volumes, within a stipulated period of time.

Legal experts opine that even the short synopsis by so many petitioners would have also amounted to a fair bit of reading for the judges.

However, contrary to some expectations, much action should not be anticipated today in the court, legal experts observed, adding it would be highly unlikely if the apex court passes a final order on the second day of the case listing itself.

The broadcasters’ had challenged in the Supreme Court a Bombay High Court order, which upheld regulator TRAI’s powers to make economic regulations, while granting some concession to the TV channels in a case that’s popularly known as New Tariff Order 2.0 (NTO 2.0) case.

The apex court had also refused to give interim relief to the broadcasters, as pleaded in the petitions, till the next hearing on when it would be listed for consideration on merits.

The Indian Broadcasting Foundation (IBF), a lobbying body for TV channels, several member-broadcasters and the Film and TV Producers Guild of India had challenged in the apex court the Mumbai court’s order on the ground it overlooked the constitutional rights of the broadcasters.

The new challenge by the broadcasters states that the Mumbai court has “incorrectly sought to read into Article 19(2), an additional requirement of public interest, when it comes to interpret a broadcaster’s right to freedom of speech and expression under Article 19(1)(a) of the Constitution of India”.

It goes on to add: “This error in interpretation of one of the most sacrosanct and hallowed of the fundamental rights, permeates the entire reasoning of the Hon’ble Bombay High Court in the Impugned Order, while dismissing the Petitioners’ challenge to the Impugned Amendments that have the effect of imposing unwarranted restrictions on the exercise of the fundamental right, of the members of the Petitioners, to speech and expression and in effect micro-managing the functioning of the broadcasting industry.”