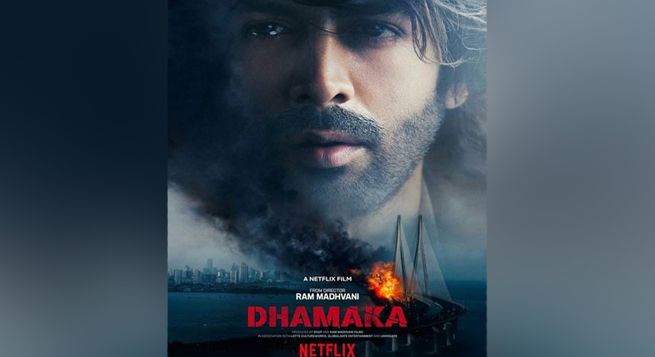 Streaming giant Netflix on Monday announced that Kartik Aaryan’s upcoming film ‘Dhamaka’ is set to be released on the platform on November 19.

Helmed by Ram Madhvani, the film aims to explore the story of an ambitious ex-news anchor, who is given another chance to go live on prime-time television when a terrorist calls him with a bomb threat, ANI reported from Mumbai.

The film also includes Amruta Subhash, Vikas Kumar, and Vishwajeet Pradhan in pivotal roles, along with a special appearance by Mrunal Thakur.

‘Dhamaka’ has been produced by Ronnie Screwvala’s RSVP Movies and Ram Madhvani Films in association with Lotte Cultureworks, Globalgate Entertainment, and Lionsgate.