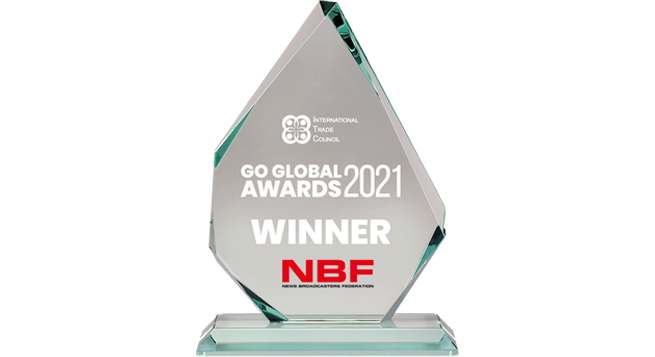 NBF was shortlisted from among 6416 entries, coming from organizations in 178 countries.

As per the company’s press release, News Broadcasters’ Federation (NBF) is India’s most democratic and the largest congregation of news broadcasters, upholding media freedom and ensuring their business interests.

Receiving the award, Arnab Goswami, Founding-President of News Broadcasters’ Federation, said, “The News Broadcasters’ Federation has emerged as India’s no 1 trade association for the fast emerging news industry in India. I dedicate this award to the fantastic team of partners and members who have worked relentlessly on behalf of news entrepreneurs and journalists across India.”

“Winning an award is no small feat. We received a total of 6416 entries, coming from organizations in 178 countries. The breadth of award nominations was truly amazing,” said Kristal Parcon, Head of the Awards Committee.

“We are humbled by organizations such as the News Broadcasters’ Federation, who, in the face of a global pandemic, have displayed leadership, resilience and innovation, while embracing change and supporting their employees and communities in a way never seen before”, Arnab added.

This year’s awards were presented by the Go Global judging panel consisting of: