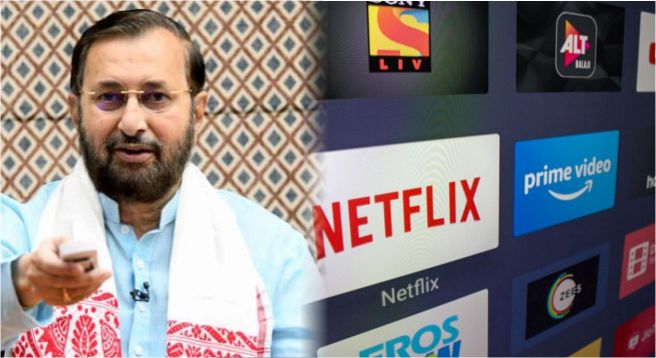 India’s Minister for Information and Broadcasting Prakash Javadekar yesterday allayed fears and concerns of the streaming platforms over the new digital content rules put in place recently, which some critics have described as stringent.

In a meeting held with the OTT platforms Javadekar stressed that several rounds of consultation with stakeholders had been done in the past where it was urged that a proper mechanism for self-regulation was needed.

According to the minister, the new guidelines does not require the platforms to register or get any license from the government, but merely requires them to disclose some information, the details of which were being worked out and the required format too would be issued soon.

Dwelling on the self-certification or classification of the content being put out by the platforms, Javadekar said the onus of doing so rests with the companies and the government has only issued broad guidelines under which such classifications should be done.

However, he stressed on the fact that an effective complaint redressal mechanism should be put in place, which the government had stressed on earlier too to no avail.

Dispelling doubts on the self-regulatory body that needed to be set up as per the new guidelines, the minister clarified that in the self-regulating body, no member will be appointed by the government.

The Information Technology (Intermediary Guidelines and Digital Media Ethics Code), Rules, 2021, notified on February 25, 2021, however, does mention that the chairman of the self-regulatory body will be selected from a panel that the government will draw up.

Speaking on the powers of the government, under the new rules, the minister did mention that an Inter Departmental Committee, comprising representatives of various ministries, will be set up and it has been done purely as an oversight body that would take up complaints that remain unresolved at the self-regulatory level.

Had a fruitful meeting with representatives from OTT industry and explained the provisions of the OTT rules. All representatives have welcomed the new guidelines. The Ministry and industry will partner together to make the OTT experience better for all audience.@MIB_India

The minister justified the new norms on the grounds that he had received representations from other segments of the media and entertainment industry like cinema and TV that while there were regulations for them, none existed for the digital players.

Javadekar, however, had earlier during a media briefing on February 25, 2021 blamed the OTT players for failing to come up with an effective self-regulatory mechanism on their own despite several nudges from the government.

On February 25, 2021, the Indian government announced sweeping guidelines for SM and OTT platforms, and digital news publishers that in a nutshell could be said to have empowered self-regulation under government oversight. The guidelines seek to put an end to a free run of edgy, highly political and sexual content on streaming services, apart from trying to check spread of misinformation and fake news on SM and on the Internet from within and outside the country emphasizing on identification of ‘first originator’ of such messages on SM platforms.