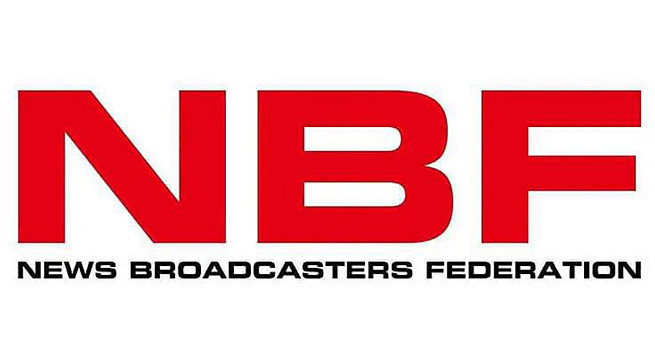 The News Broadcasters Federation (NBF) on Friday decided to amalgamate with the Association of Regional Television Broadcasters of India (ARTBI), making NBF the largest trade body representing the news television broadcasters in India.

The decision on the proposal to amalgamate ARTBI was ratified at the NBF governing board meeting on June 18, 2021, an official statement from NBF said.

The amalgamation is the first-ever coming together of two industry bodies in the news broadcasting sector aimed at helping news broadcasters be “independent and successful”.

The amalgamation is crucial as it would help regional news channels and their digital platforms to understand and comply with regulatory requirements. The step aims to strengthen the industry by building the Federation more “democratic, diverse and united in spirit”, which is in the interest of the news broadcasting industry and the public at large, the statement claimed.

“We are happy with the merger of India’s first recognized Association of Regional Television Broadcasters of India with NBF.  Now the time is there for the consolidation where we must consolidate NBF and ARTBI…and can do much better for all stakeholders involved,” said Kartikeya Sharma, Founder, ARTBI said in a statement.

Recognized by the Ministry of Information and Broadcasting (MIB), ARTBI is the only regional news broadcasting industry organisation that also sits on the empanelment committee responsible for government recognition. After the amalgamation, NBF members too will benefit.

Welcoming the ARTBI members, NBF secretary-general R. Jai Krishna said both the organisations would “stand together strongly for the sustainability of the news broadcasting sector in India”

“The joint entity will support and help smaller and regional news broadcasters, and will upgrade the standard of the news broadcasting industry in a more comprehensible manner,” added Krishna.

“Association of Regional Television Broadcasters of India has been working for resolution of the issues of regional channels at national and state levels with government and other agencies for over the past decade.  The broadcasting industry has evolved during this period.  The issues of regional and national broadcasters are almost the same. To leverage the strength and bring in efficacy it has been decided to merge ARTBI with NBF.  I am sure this initiative will strengthen the cause of regional channels,” said Rakesh Sharma, Convenor, ARTBI, in a statement.

An independent observer said that the amalgamation bodes well for the broadcast news industry in India, especially when criticism abounds. It also seems that various regulatory tweaks and introductions being introduced for the media sector by the Indian government could have also contributed in finalization of such an amalgamation — a rarity in India, the observer added.