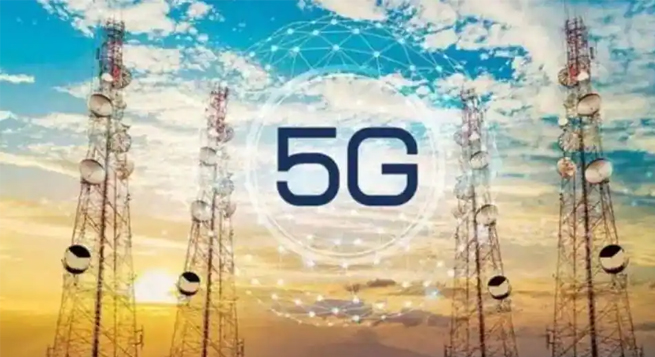 By Rajiv Khattar| TRAI has released its much-awaited recommendations on the 5G spectrum pricing as the government plans to auction the spectrum later this year to generate revenue and meet the demand of the telcos to start trials of their 5G services.

The ecosystem of the 5G use will take its own time, as the devices, the base stations, and the density of the base stations will have their own timelines. Few telcos have been pushing the release of the spectrum so that they can then start their trials.

It may look that this whole exercise is for the telcos and the MSOs and DTH operators will be not impacted. But this is not so.

The TRAI recommendations, where the C band 3600-3670 MHz is being proposed to be reallocated to the telcos for 5G, is going to impact the downlink of the signals at the headends. Most of the broadcasters use the C band in frequency range of 3700 to 4200 Mhz and with the guard band between 3670 and 3700 Mhz reduced to a meager 30 Mhz there is bound to be interferences from the 5G transmitting stations to the receive signals at the headend.

While the LNBs being used at the headends downlink antennas are operating at a very low power (60dB or lower), the 5G terrestrial signals operate at very high power levels. This will lead to the overloading of the LNBs of the satellite antennas and, thus, the downlink receive will be interrupted , which will lead to the blackout in the DPOs’ networks.

The diagram below shows how the potential interference can impact the downlink.

Source : Coexistence of 5G and satellite services in the C band
The industry had requested the regulator to mandate a 100 Mhz guard band, but the TRAI recommendations have left space only for 30 Mhz of guard band. The regulator has suggested use of bandpass filters. Leaving aside the cost of the filters, it has yet to be seen how effective the band pass filters will be as there will be out-of-band emissions strong enough to penetrate the guard band also.

In its recommendations at Para 2.64, the TRAI recommends:

a) As the IMT emissions in the 3300-3670 MHz may saturate the Low Noise Block (LNB) of the FSS earth station which traditionally operates in the 3400-4200 MHz, there is a need to make use of high-quality bandpass filters operating in 3700-4200 MHz range. Therefore, DoT should ask the Ministry of Information and Broadcasting (MIB) to take appropriate action . and sensitize the MSOs, DTH operators, and other users to ensure the use of high-quality band pass filters operating in 3700-4200 MHz range to avoid interference from IMT stations.

b) In order to avoid unwanted out of band emissions of the IMT stations falling within the FSS operating band 3700-4200 MHz, DoT should prescribe for having a sharp Spectrum Mask for IMT transmitters with an out-of-band PFD limit.

This leaves the DPOs, which are already under pressure from OTT and other alternative distribution platforms, to install bandpass filters at their headends on downlink and still face issues of possible blackouts if any of the telco in the vicinity does not takes care of the its transmissions having OBE. And, it will take days to resolve the issue as then the blame game will start .

The band pass filters are not only expensive but need to be highly finetuned so as to address the small guard band issue and have a very sharp cut out for the frequency range. Perhaps, this is what the regulator means by using the phrase high quality band pass filters.

There are estimated to be more than 200 channels that are below the frequency range of 3800 Mhz and which are going to be impacted immediately if the precautionary measures of installing band pass filters is not taken. Also, who will be ensuring that FSS operators have sharp spectrum masking implemented so as not to disturb the DPOs services?

It is vital to observe that consumer anger will be borne by the DPO in case an interference is observed , this will impact the revenue of the DPO adversely and also impact the channels revenue as they may lose viewership due to interferences.

We hope the Ministry of Information Broadcasting prevails on the agencies concerned that other spectrums are available for the 5G services, which may be used first. The spectrum in the range of 3300 to 3670 Mhz be left for some time and, may be, used with a guard band of 100 Mhz for at least the next three years. This will help the DPOs work out appropriate mechanisms to protect the downlink band.

The Department of Telecommunications too will have to place a mechanism that has stricter rules and monitoring mechanism in place, ensuring that IMT stations implement sharp spectrum masks.

A humble suggestion to DPOs: start looking for the band pass filters, which are good and can handle the sharp cut offs.