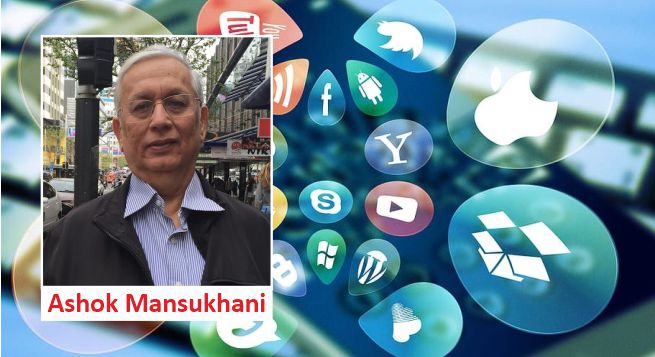 A detailed analysis is provided below:

The Press Note makes it clear that in “finalizing these Rules, both the Ministry of Electronics and Information Technology and the Ministry of Information and Broadcasting undertook elaborate consultation among themselves to “have a harmonious, soft-touch oversight in relation to social media platform as well as digital media and OTT platforms etc.” (NOTE: On 9th November 2020, the President issued a notification under Article 77(3) of the Constitution amending the Government of India (Allocation of Business) Rules 1961 giving power to the Ministry of information and Broadcasting to regulate online news platforms and OTT platforms.)

The Press Note acknowledges that Digital India has become a movement which is empowering common Indians with the power of technology. The extensive spread of mobile phones, the Internet etc., have also enabled many social media platforms to expand their footprints in India. People are also using these platforms in a very significant way.

For the first time, the Government released figures to show the extent to which social media usage has spread in India: 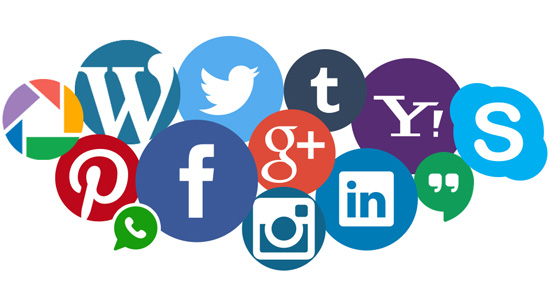 The Press Note states that the Government “acknowledges and respects the right of every Indian to criticize and disagree as an essential element of Democracy. India is the world’s largest open Internet Society, and the Government welcomes social media companies to operate in India, do business, and earn profits. However, they will have to be accountable to the Constitution and laws of India.”

The Press Note states that while the proliferation of social media and empower citizens, on the other hand, has given rise to some serious concerns and consequences that have grown manifold in recent years. These concerns have been raised from time to time in various forums, including Parliament and its committees, judicial orders, and civil society deliberations in different parts of the country.

The Press Note goes on to enumerate some very “disturbing developments”, including:

The Press Note states that there is no robust complaint mechanism wherein the ordinary users of social media and OTT Platforms can register their complaint and get it to be resolved within a defined timeline. The absence of a robust grievance redressal mechanism has left the users dependent on social media platforms’ ‘whims and fancies.’

The Press Note makes a significant observation that social media intermediaries are no longer limited to playing the role of your intermediary, and often they become publishers. It claims that the new Regulations“a fine blend of liberal touch with a gentle self-regulatory framework.”

The Regulations work on the existing laws and statutes of the country, which are applicable to content whether off-line for on the in respect of news and current affairs, Publishers are expected to follow the journalistic conduct of the Press Council of India and the program code under the cable television network fact which are already applicable to Print and TV. Hence the Press Notes states that only a level playing field has been proposed.

The Press Note highlights foursignificant developments (which prompted the Government) to issue the new Regulations.

The Supreme Court further observed two sets of petitions, one of which wanted that all such matters be transferred to the Supreme Court. The other batch of petitions challenged the various interim orders passed by the Madras High Court in Writ Petition number 20214 of 2018 in Writ Petition number 20774 of 2018. The Court observed that the prayer for linkage to Aadhar been withdrawn in the Madras HC. While refusing to express any views on the merits of the transfer petition for the orders challenged from the Madras High Court, the Supreme Courtmade somevery significant observations. 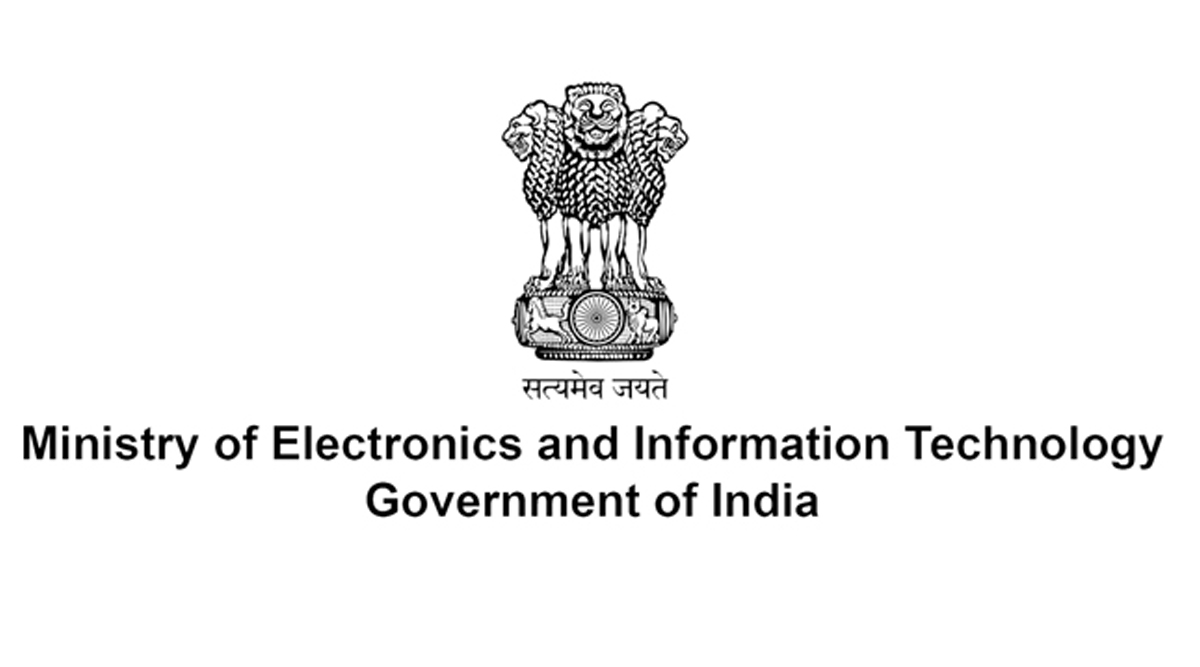 The new Regulations’ key highlights shift the burden conclusively on to the intermediaries but assert ultimate Government oversight and control.

These are discussed below: 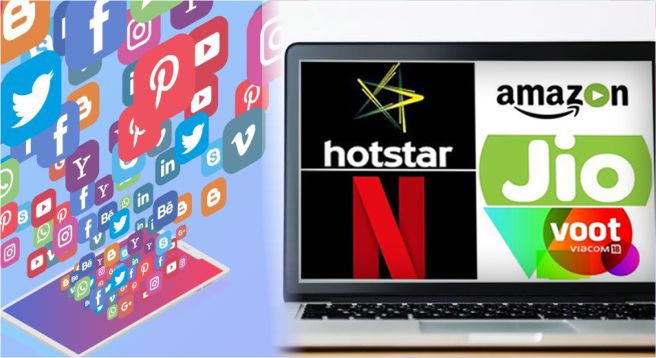 The Press Note states that there has been widespread concern about digital content issues on digital media and OTT platforms. Various sections of society, including civil society, the makers, political leaders, including Chief ministers, trade organizations and associations, have voiced their concern and highlighted the imperative need for a complaint institutional mechanism. There have been many court proceedings in the Supreme Court and High Court where courts have urged the Government to take suitable action.

The Press Note further states that while the overall architecture shall be under the Information Technology Act, which governs digital platforms, issues relating to digital media OTT and other creative programs on the Internet shall be administered by the Ministry of Information and Broadcasting.

The Press Notes states that OTT players were requested to develop a self-regulatory mechanism. NOTE: This appears to ignore that an OTT Toolkit was prepared by significant OTT Networks and was shortly to beput into operation voluntarily by the OTT Industry later in 2021.

The Press Note further states that the Government also studied models in Singapore, Australia, the European Community, and the UK and gathered that most of them have an institutional mechanism to regulate digital content or are setting up one.

The Press Note states that the rules establish a “soft-touch regulatory architecture”, a “Code of Ethics”, and a “three-tier grievance mechanism” for news publishers and OTT platforms and digital media. These movies are notified under Section 87 of the Information Technology Act. These new Regulations are summarised below:

Level 1,Self-Regulation by the Publishers.They will have a Grievance Officer stationed in India to resolve all grievances in 15 days.Rule 11.

Level 2,Self-Regulating Bodies of the Publishers.(These will be headed by a Retired Supreme Court judge,a High Court, or an eminent person. It will have six members.The Bodies will be registered with MIB. The Bodies will oversee adherence by the Publisher of the Code of Ethics and address unresolved grievances within 15 days.Rule 12.NOTE: The Ministry will have the power to ‘approve’ the composition of the Body. This detracts from a genuinely self-regulating Industry Body.

Level 3 The Ministry of Information and Broadcastingwill formulate an oversight mechanism. It will also publish a charter for self-regulating bodies, includingCodes of Practices. It will establishan interdepartmental committee for hearing grievancesunder Rule 13.

The interdepartmental Committee chairman will be theJoint Secretary of the Ministry of I and B.Rule 13 (2).The Committee will listen to complaints regarding decisions taken at levels 1 and 2 and is”empowered” to delete or modify content to prevent incitement to the commission of a cognizable offence relating to public order –Rule 14 (5).The final authority will vest with the Secretary Ministry of Information and Broadcasting on the interdepartmental Committee’s recommendations under Rule 14 (6).

The Rules provide an extraordinary power to the Secretary Ministry of Information and Broadcasting under Rule 16in cases where no delays are acceptable, and the Secretary is satisfied that it is necessary or expedient and justifiable, he can issue directions for blocking of online content persons, publishers or intermediary in control of posting such information without giving them an opportunity of hearing.

There are three concerns:

(The author is a media veteran having spent decades with the government and private sector media organizations, specializing in legal and policy matters. He recently super-annotated from the Hinduja group having being in the leadership team that built the group’s media business. The views expressed in the write-up are those of the author and indianbroadcastingworld.com need not necessarily subscribe to them.)