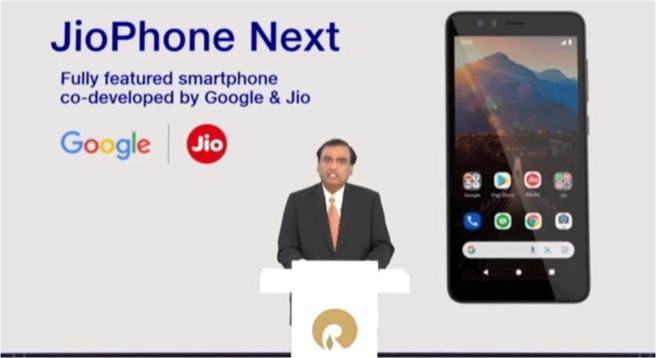 JioPhone Next, the low-cost smartphone that Reliance is developing along with Google, has announced a new launch date—Diwali.

Reason: global shortage of semiconductors or chips because of stalled manufacturing during pandemic-related lockdowns in countries like Taiwan, South Korea and Vietnam, and, in some countries, a clampdown on sourcing chips from China.

In a statement released yesterday, Indian conglomerate Reliance Industries said, “Both companies (Google and Jio) have begun testing JioPhone Next with a limited set of users for further refinement and are actively working to make it available more widely in time for the Diwali festive season.”

The statement added that the additional time would “help mitigate the current industry-wide, global semiconductor shortages”.

The “ultra-affordable” smartphone was set to roll out from September 10, coinciding with Ganesh Chaturthi, a popular festival of India’s western State of Maharashtra that is also home to Reliance’s headquarters.

JioPhone Next is a device featuring an optimized operating system based on Android and Play Store. The device and the operating system will offer premium capabilities that have until now been associated with more powerful smartphones, including voice-first features that enable people to consume content and navigate the phone in their own language, deliver a great camera experience, and get the latest Android feature and security updates, the Reliance statement added.

Companies globally are tackling a massive semiconductor shortage as the COVID-19 pandemic-led shift to remote working drove demand for the critical component used in making laptops and phones. As a fallout, several automakers have also suspended production, a Reuters report from Bengaluru said.

The annual festive season in India typically lasts for 30 days, beginning in October and ending with Diwali, set for November 4 this year. Indians usually make big-ticket purchases from jewellery to gadgets and cars around this period.

In June, when the phone was announced, Reliance Chairman Mukesh Ambani did not specify its price but said it will be the most affordable smartphone “not just in India, but globally”.

Jio disrupted India’s telecom market in 2016 when it launched with cut-price data plans and free voice services, forcing several competitors out of the market. It is now India’s biggest mobile carrier with more than 425 million customers.

Ambani had also said in June that Jio, which counts Facebook, Qualcomm and Intel among its backers, was confident of being the first to launch 5G services in India.