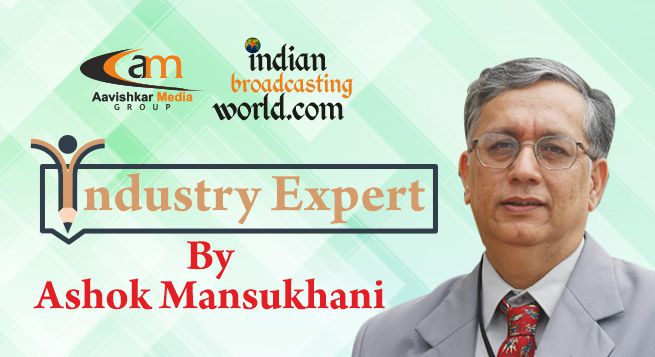 A.  BACKGROUND TO NEW TARIFF ORDER:2

2. The Explanatory Memorandum to the amended Tariff Order issued on 01.2020 had given the rationale for the new amendments stating:

(a) the sum of the a-la-carte rates of the pay channels (MRP) forming part of a bouquet shall in no case exceed one and half times the rate of the bouquet of which such pay channels are a part; and

(b) the a-la-carte rates of each pay channel (MRP), forming part of a bouquet, shall in no case exceed three times the average rate of a pay channel of the bouquet of which such pay channel is a part.

(i)Whether Section 11 of the Telecom Regulatory Authority of India

Act, 1997 violates the Petitioners’ fundamental rights under Articles 19(1) (a),19(1) (g), 14 and 21 of the Constitution of India. It ought to be declared constitutionally invalid, as far as it relates to Broadcasting Services.

(ii) Whether the impugned Principal 2017 Regulations and Principal 2017 Tariff Order (i.e., Principal 2017 provisions) violate the Petitioners’ Fundamental Rights under Articles 19(1) (a), 19(1)(g),14 and 21 of the Constitution of India and ought to be declared constitutionally invalid?

(iii) Whether the impugned 2020 Regulations Amendments and 2020 Tariff Order Amendment (i.e., 2020Amendments) violate the Petitioners’ fundamental rights under Articles 19(1) (a), 19(1)(g), 14 and 21 of the Constitution of India and ought to be declared constitutionally invalid? Para 5.

(a) freedom to choose the content of the expression.

(b) freedom to circulate and disseminate the expression to the widest extent possible.

(c) freedom to choose the means of exercising the right; and

(d) freedom to be independent such that restrictions do not undermine its independence.

A.   Primary Goal of Authority vs Public Interest Petitioners, which would be a violation of the Petitioners’ right under Article19(1)(g).Para 38. If the à-la-carte price of a channel is more than Rs.12/- (which was earlier Rs. 19/-), the channel could not be included in a bouquet.

The sum of maximum retail prices per month of the à-la carte channels forming part of bouquet shall in no case exceed one and half times the maximum retail price per month of such bouquet (i.e., “Aggregate Test“– 2nd twin condition – in mathematical terms, this means bouquets can be priced at a maximum of 33.33% discount qua the sum of à-la-carte prices of channels in the bouquet).

Issues II and III are ‘the twin conditions. Para 69.

Issue II – 1st twin condition (Aggregate test)– a cap on discount of 33.33% on the sum of à-la-carte prices of channels which can be offered on bouquets

comments of the stakeholders and has applied its mind and given cogent reasons. We find that the Authority has prescribed the cap on the number of bouquets in the interest of the consumers and to avoid creating confusion in their minds in choosing from many bouquets and avoiding unnecessary burden on the IT and billing system of the DPO. It is required to be noted that the cap prescribed is on the number of ‘bouquets’ only. We are of the view that capping the number of bouquets by the Authority cannot be said to be unreasonable or arbitrary. Para 84.

3.    In compliance with this direction, Star TV filed its Reference Interconnect Offer on 16.10.2021 with TRAI by taking its driver channels out of bouquets and pricing its driver entertainment and sports channels higher than Rs 12, thereby keeping them out of any of its revised bouquets. It simultaneously announced the launch of new channels, including 9 new HD channels and 7 new SD channels between December 2021 and January 2022; the 16 new channels will take its total TV channels to 78.

(Ashok Mansukhani, the author, is a media veteran having spent decades with the government and private sector media organizations, specializing in legal and policy matters. He recently retired from the Hinduja group having being part of the leadership team that built the group’s media business. He also sits on the advisory board of the Indianbroadcastingworld.com.  He has recently enrolled in the Bombay High Court as an Advocate specialising in Media and Corporate Law. The views expressed in the write-up are those of the author and Indianbroadcastingworld.com need not necessarily subscribe to them.)