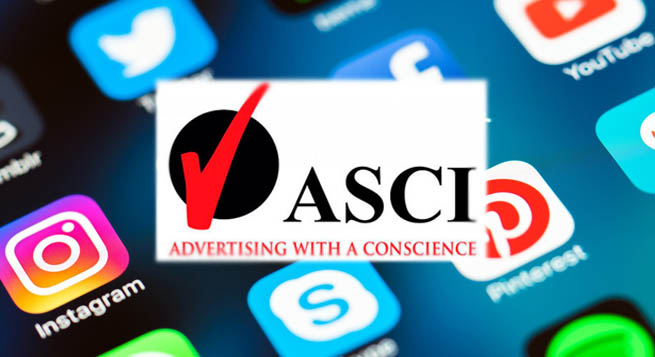 The proposed guidelines seek to remove the blurring of lines between personal posts by influencers and those that are sponsored or advertisements or are commercial in nature.

According to a statement put out by ASCI, the guidelines for influencers advertising on digital media will be available for all stakeholders, including industry, digital influencers as well as consumers for feedback till March 8, 2021. Based on the feedback and inputs, the final guidelines will be issued by ASCI by March 31, 2021.

This guideline will be applicable to all promotional posts published on or after April 15, 2021.

In keeping with the changing marketing paradigm, ASCI has closely followed advertising content on digital platforms. Last September, it associated with TAM Media Research to monitor more than 3,000 digital platforms for misleading marketing messages. With the guidelines, ASCI will assist consumers, brands and content creators to ensure all stakeholders’ interests are preserved through a self- regulatory approach, the statement said.

According to digital marketing agency Ad Lift, India’s influencer market is estimated at $75-$150 million a year as compared to the global market of $1.75 billion. This is an industry that has become mainstream within the advertising space, and is only expected to grow as more Indians go online.

It’s no wonder that brands across sectors are associating with influencers to get across their marketing messages. So, much of what influencers post is promotional and a lot of it is not identified as such. Such non-disclosure is a disservice to consumers and is misleading, ASCI has said.

As per ASCI’s Trust in Advertising Report, released last December, viewership of ads on digital platforms is virtually the same in rural (82%) and metro (83%) areas. Keeping in mind the growing consumption of digital advertising, the influencer guidelines were the need of the hour.

The guidelines were a collaborative effort with influencers. ASCI teamed up with Big Bang. Social, a leading marketplace for social storytelling, to get India’s leading digital influencers’ views on board.

Kamath further added that digital was no longer niche, thanks to mobile telephony, internet connectivity and newer formats. “It’s already mass and growing exponentially. However, the lines between advertising and content is blurring. And, promotional content is often indistinguishable from regular posts. Consumers should have the right to easily differentiate between the two before making a choice. These guidelines, therefore, will not only help consumers but also guide social media influencers to become more responsible,” he explained.

The draft guidelines for influencer advertising on digital media are as follows:

Instagram: Disclosure label to be included in the title above the photo/beginning of the text that shows. If only the image is seen, the image itself must include the label .

Twitter: Include the disclosure label or tag at the beginning of the body of the message as a tag.

Pinterest: Include the disclosure label at the beginning of the message.

Vlog: Overlay the disclosure label while talking about the product or service

Snapchat: Include the disclosure label in the body of the message in the beginning as a tag.

Blog: Include the disclosure label in the title of the post.

ASCI, established in 1985, is committed to the cause of self-regulation in advertising ensuring the protection of the interest of consumers. ASCI seeks to ensure that advertisements conform to its code for self-regulation, which requires advertisements to be legal, decent, honest and truthful and not hazardous or harmful while observing fairness in competition. ASCI looks into complaints across all media.

Importantly, in January 2017, the Supreme Court of India in a judgement affirmed and recognized the self-regulatory mechanism as an effective pre-emptive step to statutory provisions in the sphere of advertising content regulation for TV and radio in India.