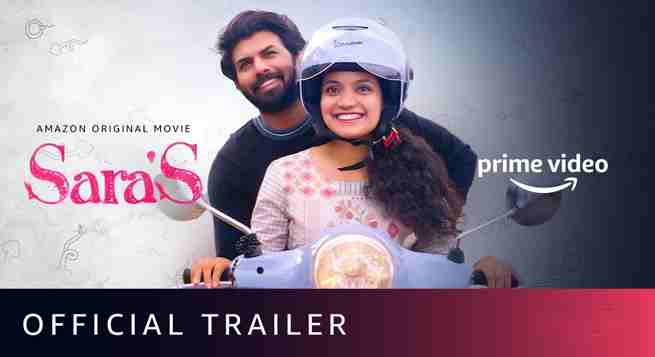 Mollywood star Anna Ben, who gets good recognition for her survival thriller ‘Helen’, is back to entertain her fans with another movie titled ‘Sara’s.

Earlier, the makers of the film hinted at plans to go for a direct OTT release for the movie. Now, Anna Ben has confirmed that ‘Sara’s will stream on Amazon Prime Video from July 5 onwards.

Anna took to her Instagram account and captioned, “It’s almost here!!! I hope you guys will enjoy this little film of ours, made with lots of love. Coming out on July 5th on Amazon Prime. Trailer link in bio if you need a sneak peek,” wrote Anna. Anna is playing the lead role in ‘Sara’s. The movie helmed by Jude Anthony Joseph also features Sunny Wayne in the pivotal role.

The film is set to release on 5 July on Amazon Prime Video.