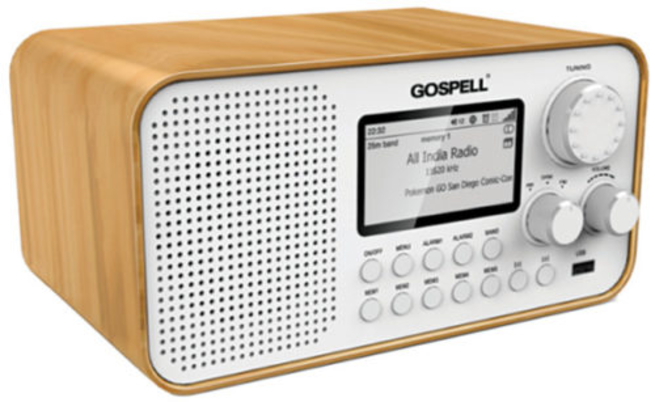 India is stepping on the gas pedal where digital radio is concerned with pubcaster All India Radio taking the lead and approximately 2.5 million cars fitted with DRM (digital radio mondiale) receivers, a fact that not many car users are unaware of.

Though DRM as a tech is not new, earlier in India had found few takers, partly because of competition and easy access to analog FM radio that’s widely available on many devices like mobile handsets, Bluetooth speakers and even on some new-age recording devices apart from vehicles.

The Digital Radio Mondiale (in Italian and French languages mondiale means worldwide) Consortium had announced the creation of the first DRM Automotive Workgroup for India on November 25 during the second annual NXP India Cockpit and Infotainment Forum organized by NXP Semiconductors, according to Team-BHP.com.

At present most leading car brands like Maruti Suzuki, Hyundai, Honda, Tata Motors and Mahindra have vehicles with factory-fitted DRM receivers to receive digital content. And, it’s here that All India Radio comes into play — to supply content for DRM receivers.

Industry sources said more auto brands are considering the introduction of DRM radios in their vehicles to satisfy consumer demand.

In January 2021, Prasar Bharati issued a statement saying it was moving ahead with its plans to strengthen the Akashvani or All India Radio with several key projects ready for implementation during 2021-2022 and expanding its network with more than hundred new FM radio transmitters across India.

Further pointing out that Prasar Bharati was moving ahead with its plans to introduce digital terrestrial radio in India, the pubcaster said, “Select AIR channels are already available through digital DRM technology to the listeners in many cities/regions on an experimental basis. Listeners in these cities/regions can experience the power of digital radio through a choice of multiple radio channels available on a single radio frequency in digital mode.”

Prasar Bharati is also in advanced stage of testing digital technology options for FM radio and a standard for the same will be “finalised soon to herald the rollout of digital FM radio in India.”

DRM is the universal, openly standardised digital broadcasting system for all broadcasting frequencies up to 174MHz, including LW, MW, SW, band I and II (FM band).

DRM provides digital sound quality and the ease-of-use that comes from digital radio, combined with a wealth of enhanced features like surround sound and data services.

DRM broadcasts can be used for a host of services including entertainment, disaster warnings, education and other public awareness messages.