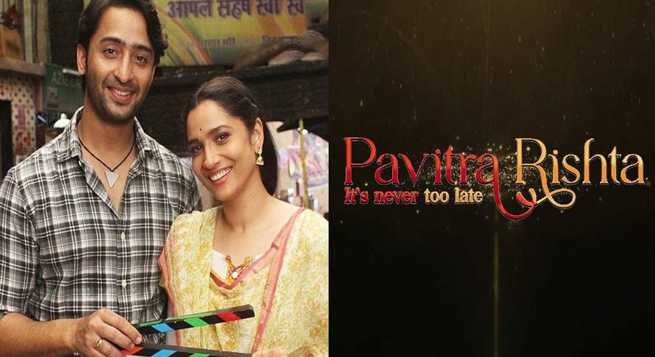 ZeeTV hit show ‘Pavitra Rishta’ is all set to entertain fans once again with its second season. The new season will start streaming on Zee5 soon.

Actor Ankita Lokhande shared the first teaser of the show on Twitter, where she wrote, “Love toh hoga hi in the air, jab Manav and Archana are there! Join them in the journey of love that will soon turn into #PavitraRishta coming soon on #ZEE5 #ItsNeverTooLate.”

Love toh hoga hi in the air, jab Manav and Archana are there! Join them in the journey of love that will soon turn into #PavitraRishta coming soon on #ZEE5 #ItsNeverTooLate pic.twitter.com/ZLSpdN4teQ

In the short teaser, we get to see Ankita as Archana. She looks every bit similar to how she looked in season 1. Shaheer too is seen in the same get-up as Sushant. From the look of it, the second season of Pavitra Rishta looks like a replica of the show that aired on ZeeTV for over 1400 episodes. Now, it would be interesting to see how the makers have altered it for the current generation.

Producer Ekta Kapoor also announced that Pavitra Rishta 2 will start streaming on ZEE5 soon. She also shared a video that featured shots from Ganesh Chaturthi celebrations on the sets of Pavitra Rishta since 2009 with the entire cast including Sushant and Ankita.

In the show, Ankita will reprise her role of Archana, actor Shaheer Sheikh will be seen playing Manav, a role earlier essayed by late actor Sushant Singh Rajput.

Pavitra Rishta 2 will be produced by actor-producer Bhairavi Raichura. The series will be exclusively available on ZEE5 for 55 days following which, it will also be available on ALTBalaji.