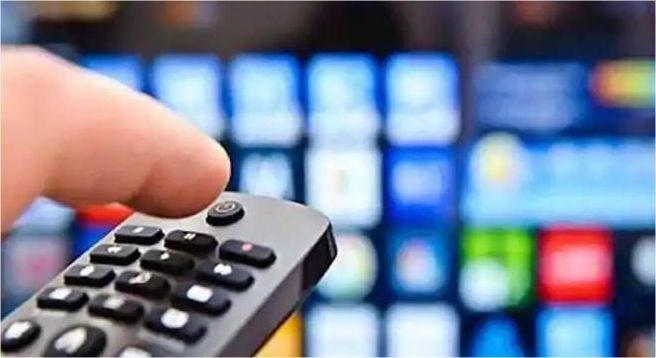 STAR dominates Hindi GEC; Z stable on the back of Z Anmol

Within the Hindi GEC (urban) genre, STAR Plus retained the top spot with viewership gains of 46bp MoM to 19.7%. Colors retained the second spot for the second consecutive month to 14.8% share, flat MoM on the back of Big Boss Finale during the month. Sony SAB was third, with a 12.3% viewership share, down 46bp MoM while Zee TV continues to lead Sony Entertainment for the fourth spot despite 20bp MoM viewership loss to 10.7% share. Sony Entertainment came in fifth with a 9.7% share, down 75bp MoM. Within Hindi GEC (rural), STAR Utsav was at the top despite a loss of 86bp MoM to 22.3%, Z Anmol was second with gains for the second straight month of 83bp MoM to 17.7%. Sony Pal was third, flat MoM to 12.4%. Z Anmol & Big Magic had combined 21.9% share, next to STAR Group within the genre. Dangal & STAR Plus came in fourth and fifth with 9.6% and 7.7%, respectively.

Z reported stable performance in February, as its flagship channels with new show launches helped regain some lost viewership share for the second consecutive month and attract audience with new content. It retained the second spot and has seen some green shoots since January after the sharp drop over October-December 2020 for key regional genres where Z commanded the top spot for years earlier, largely Marathi and Bangla, with competitive pressure from STAR’s flagship channels in respective genres.
Zee Group continues to lead in regional genres, such as Kannada, gaining 89bp within the genre. Zee remains second within the Marathi genre as STAR Pravah continues to hold gains of 3,596bp over the past 10 months for 41.6% share for the top spot, ahead of group- level share of Zee, which stood at 36.6% (combined), gradually recovering after hitting a low of 35.9% in December 2020 with gaining traction for new prime- time show launches. Within the Bangla genre too, it retained the second spot; however, it witnessed a sharp dip in viewership share by 226bp MoM as STAR Jalsha regained the top spot, with competitive pressures for Z’’s top shows, Mithai, & Krishna Koli from STAR’s flagship show, Mohor. Within the Tamil and Telugu genres, Z’ reported a slightly weak performance, with Zee Tamil losing 64bp MoM for the third spot while ending up second in the Telugu genre with a loss of 63bp MoM performance for Zee Telugu.

Zee Group had a mixed performance within the movies genre as flagship channel Zee Cinema remained in the third place with 18.8% viewership share, up 90bp MoM as STAR Gold faded off with a sharp drop in viewership to 13.2%, down 422bp MoM; however, Zee Anmol Cinema lost its spot in Top 5 as STAR Utsav Movies gained traction to enter the list. Within the GEC genre, viewership share was stable for Z channels whereby ZeeTV was fourth in the GEC (urban) segment with a slight loss of 23bp MoM to 10.7% share. Within the Hindi GEC (rural) genre, Z Anmol was second with strong gains for the second consecutive month of 83bp MoM to 17.7%, enabling Z Anmol and Big Magic’s combined 21.9% share, next to STAR Group within the genre.

SunTV, the flagship channel, retained its top position within the Tamil genre; but again lost momentum in viewership loss of 179p MoM to 36.4%, back to the lows in October 2020 of 36.4% share. Channel is yet to regain pre-COVID 40%+ benchmark levels. KTV, SunTV Group’s other movie offering in the Tamil genre, has stabilized at 10.8%, down 32bp MoM and 980bp over the past 10 months.
Within the Kannada genre, Udaya TV saw some respite after continued losing streak since May 2020 by 1,886bp until January 2021, as it gained 97bp MoM to 15% share; however, it is still away from its earlier top spot back in May. In the Telugu genre, Gemini TV remains in the fourth position with a loss of 85bp MoM to 13.4% share. Sun Bangla has maintained its viewership share within the Bangla genre at 6.7%, a slight drop of 22bp MoM, ending up the fourth spot, up 400bp over the past six months after its entry into Top 5 channels within the genre.