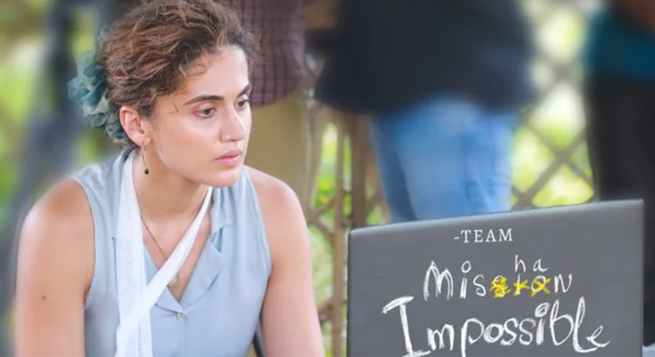 Bollywood actress Taapsee Pannu is back to showcase her acting skills in an upcoming Telugu film titled ‘Mishan Impossible’.

Presented by Matinee Entertainment, the forthcoming movie is written and directed by Swaroop RSJ, according to a PTI report.

Sharing the news, the production banner took to its official Twitter handle and wrote, “This ‘Mishan’ is surely ‘Impossible’ without her. Welcoming the amazingly talented @taapsee on board for #MishanImpossible.”

The makers have also unveiled the movie’s poster, where Taapsee is intensely looking at a laptop screen. Niranjan Reddy and Anvesh Reddy are the producers of ‘Mishan Impossible’.

Taapsee started her journey with Telugu cinema only as ‘Jhummandi Naadam’was her debut film in the Telugu industry.

On the Bollywood front, Taapsee is currently being lauded for her performance in the murder mystery ‘Haseen Dilruba’. She will be next seen in ‘Rashmi Rocket’, ‘Loop Lapeta’and ‘Shabaash Mithu’.