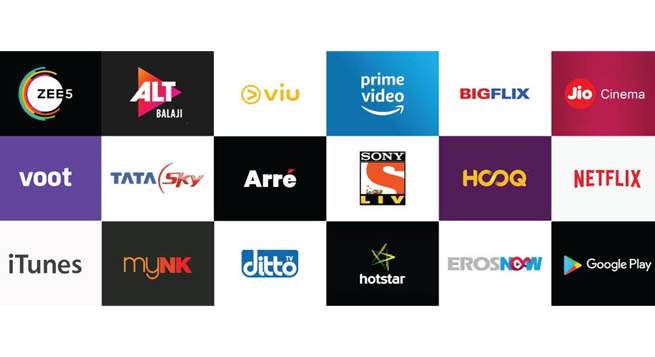 India’s video OTT market is expected to touch USD 12.5 billion by 2030 from about USD 1.5 billion in 2021 on the back of access to better networks, digital connectivity and smartphones, according to a report by RBSA Advisors.

The report noted that the next wave of growth in the OTT landscape would come from tier II, III and IV cities and the Indian language speaking population, PTI reported from New Delhi.

“OTT industry is poised for aggressive growth prospects with access to better networks, digital connectivity and smartphones. OTT platforms in India have been increasingly attracting subscribers on a daily basis. Apart from top favourites Disney+ Hotstar, Amazon Prime Video and Netflix, the space is seeing a plethora of local and regional OTT players,” the report added. These include players like SonyLIV, Voot, Zee5, ErosNow, ALTBalaji, Hoichoi and Adda Times among others.

The audio OTT market, which sees participation from players like Gaana, Jio Saavn, Wynk Music, Spotify and others, is also poised to grow from USD 0.6 billion in 2021 to USD 1.1 billion in 2025 and further to USD 2.5 billion by 2030, it added.

“The OTT market in India is expected to grow at a CAGR of 28.6 per cent over the next four years. RBSA believes that this industry has the potential to grow to be USD 15 billion industry over the next 9 to 10 years,” it said.

The report highlighted that COVID-19 pandemic has been a game-changer and OTT video streaming platforms including Netflix, Amazon Prime Video, Disney+ Hotstar, Voot, SonyLIV and others have gained immense popularity in India. The report said that the OTT landscape is expected to get hyper competitive in the next 4–5 years, and the OTT service providers will strive to emerge as the preferred platform among the consumers.

The massive investments made by OTT services like Netflix, Amazon, Disney+ Hotstar and others in originals as well as acquired content will help subscription video-on-demand make up 93 per cent of the total OTT revenue (as compared to 87 per cent globally), increasing at a CAGR of 30.7 per cent between 2019-2024, it said.

“The viewing habits of Indian consumers have evolved a lot in the last few years. While on the one hand, short-form video content consumption on smartphones and social platforms has been on the rise, binge-watching shows on various OTT platforms have also become more common on the other hand,” the report added.