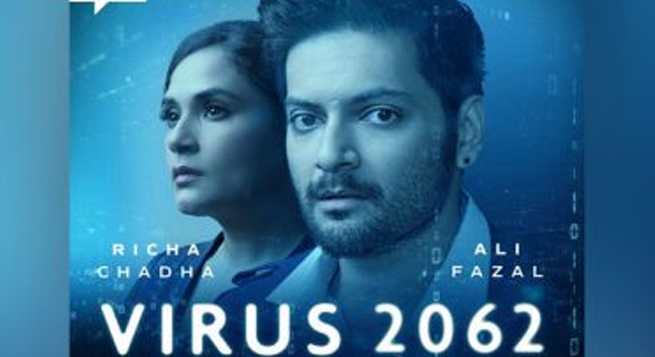 Bollywood actors Richa Chadha and Ali Faizal have featured in a new podcast, titled ‘Virus 2062’, which is streaming on Spotify.

The audio thriller, a 10-episode one-time release, centers around ‘patient 63’ (Ali), who says he’s time traveled from the past to prevent a pandemic. Also, it is an adaptation of ‘Caso 63’, a Spotify Original from Chile.

The Indian version is produced by MnM Talkies, which produced podcasts such as ‘Bhaskar Bose’, ‘I Hear You’, and ‘Darr Ka Raaz with Dr. Phobia’.

According to ANI, Richa shares her experience of lending her voice in the podcast, “Recording a podcast is very different from dubbing for shows. It requires the right voice modulation and practice to keep listeners engaged throughout because even your expressions reflect in the narration. Because Virus 2062 is a fiction thriller, I had the opportunity to explore a new form of storytelling a and it was an insightful experience for me to work with Spotify and Mantra. I try and do unconventional roles in theatre, film, and now on audio, and hope my fans like this new experiment I’ve done.”

It was a fun ride for Ali to make a shift from on-screen to the audio format.

The original story of ‘Caso 63’ was written by Julio Rojas and is set in the year 2022 when psychiatrist Elisa Aldunate begins a series of therapy sessions with patient 63.