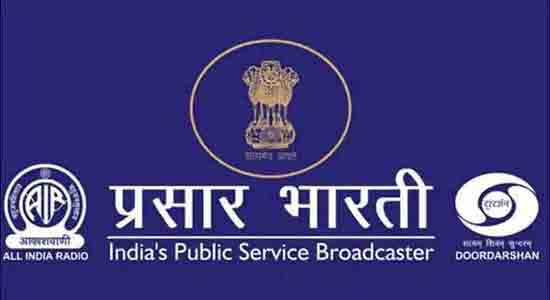 Indian pubcaster Prasar Bharati has said closure of analog transmission of its networks is being done to keep pace with time and technology, which, in turn, would create new all-round opportunities.

Rolling-out broadcasting reforms at Doordarshan (DD) and All India Radio (AIR) over the last couple of years, Prasar Bharati has been swiftly phasing out obsolete broadcasting technologies like analog terrestrial TV transmitters, marking a shift to emerging technologies and new content opportunities, the network has said.

The national broadcaster was forced to explain its position on analog vs. digital transmissions as some media reports were putting out “misinformation” regarding closures of some transmission stations; specially those relating to the likes of DD Silchar and DD Kalaburagi stations.

Prasar Bharati has clarified that these DD centres would continue to generate content for broadcasting on the satellite channels of Doordarshan dedicated to their respective States, apart from maintaining presence on the digital media via YouTube and social media platforms.

For instance, content generated by DD Silchar and DD Kalaburagi stations shall now be broadcast on DD Assam and DD Chandana channels, respectively.

Pointing out that analog terrestrial TV was an obsolete technology and its phase-out was in the public and national interest, Prasar Bharati said such reforms also make valuable spectrum available for new and emerging technologies such as 5G, apart from reducing wasteful expenditure on power.

According to a statement put out by Prasar Bharati, so far, almost 70 percent of analog transmitters have been phased out, while the rest are being done so in a phased manner ensuring appropriate measures are taken for re-deployment of manpower.

With the exception of around 50 analog terrestrial TV transmitters in strategic locations, Prasar Bharati will be phasing out the rest by March 31, 2022.

Prasar Bharati has also entered into a partnership with Indian Institute of Technology- Kanpur to develop next gen broadcast solutions and a roadmap for digital terrestrial broadcasting — consistent with emerging global standards to enable new applications such as direct-to-mobile broadcasting that could create new content monetization opportunities through the use of artificial intelligence.